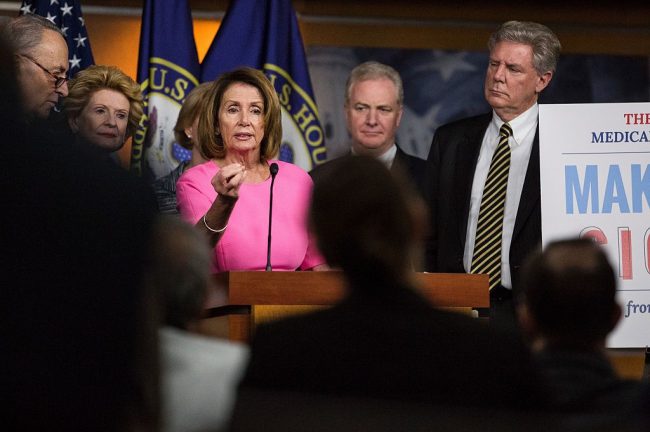 The comments from California Rep. Pelosi came during her weekly press conference, as she spoke about a “stunning” intelligence report she and other members of Congress received on Russian hacking.

[dcquiz] “When you see this report you will see with confidence what this how the intelligence community has identified what we have seen,” the California Democrat said. “We knew it was the Russians.”

“You were accomplices in this,” Pelosi added. “Every single day you reported there was an email that was embarrassing to the Clinton operation, without saying we know this because of a disruption by a foreign power of our election system. You knew that.” (RELATED: The 44 Most Damning Stories From WikiLeaks)