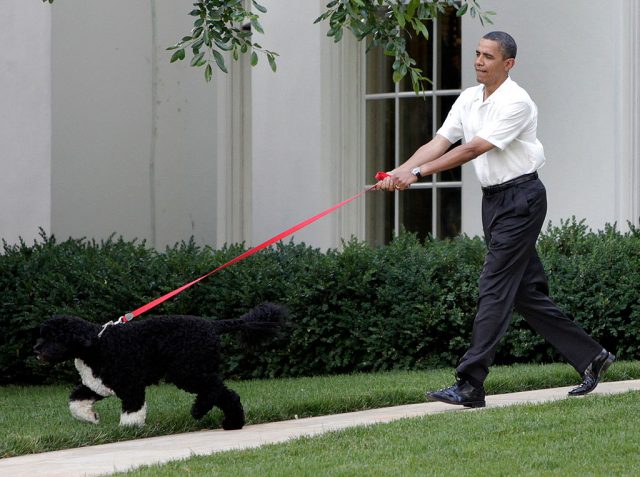 The 18-year-old — who is a family friend — was visiting the White House Monday when she bent down to pet Sunny, one of the president’s Portuguese water dogs, when the animal bit her face.

According to TMZ, the girl had a gash under her right eye and had to get stitches after she was examined by the family’s physician, Dr. Ronny Jackson.

“She’s gonna be okay, but we’re told she’ll likely have a small scar, which upset her,” TMZ noted. “She posted various pics of the injury and her visit to Dr. Jackson on social media.”