Tuesday marked Josh Earnest’s final White House press briefing, and after he sent himself off with jokes and a lengthy preamble about democracy, President Obama took the stage to congratulate him.

“I’m not interrupting because he was saying nice things about you guys,” Obama told reporters as he took the podium from Earnest.

“When I first met Josh Earnest, he was in Iowa — I think he was wearing jeans — he looked even younger than he was, and since my entire campaign depended on communications in Iowa, I gave him a pretty good once over,” he continued. “I noticed a couple of things right away.” 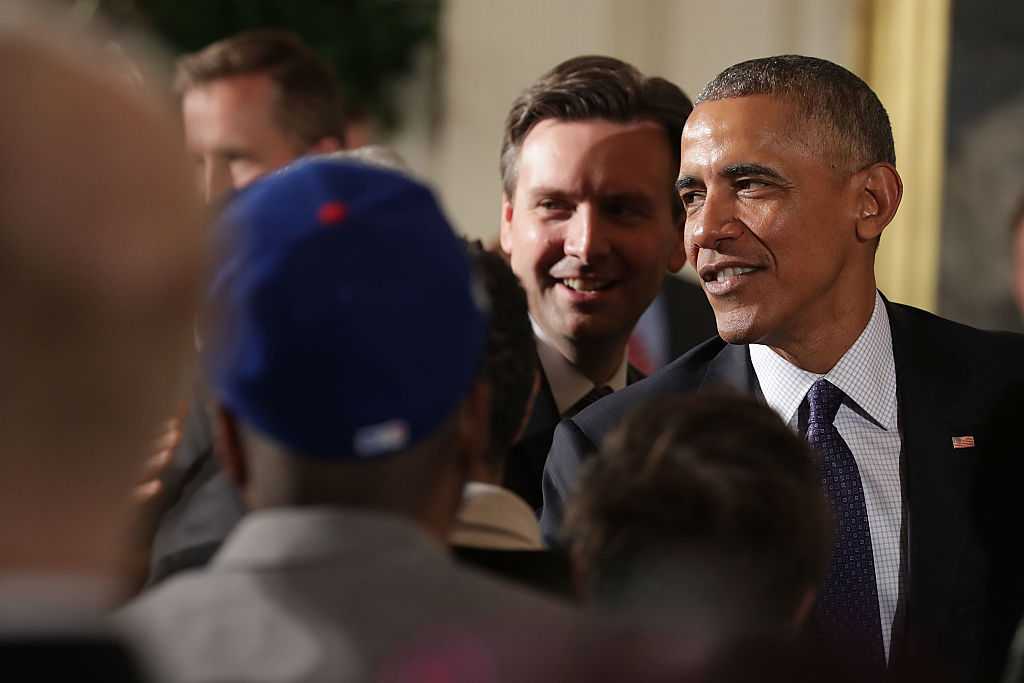 “Number one, he’s just got that All American, matinee, good-looking thing going on,” POTUS joked. “Then, his name is Josh Earnest, and if you’re having someone speak on your behalf, that’s a pretty good name to have.”

Obama stated that what struck him most about Earnest was “his integrity.”

“He has always been the guy you wanted him to be.”

1
Sender Of Cryptic Messages About Yovanovitch Says They Were A Joke, Denies Spying On Diplomat
US
2
'I Want Trump Out!': Migrants Plan To Cross US Border Once Trump Leaves Office
World
3
9th Circuit Court Of Appeals Deals Brutal Blow To Teens Who Sued Trump Over Climate Change
Energy
4
Texts From A Mysterious Belgian Number Shed Light On Possible Surveillance Of Ambassador To Ukraine
Politics
5
'The State Is Too Crowded. Will You Concede That?' Tucker And Liberal Host Spar Over Unlimited Immigration
Media