Stephen Miller defended the administration’s decision to fire the acting attorney general after she refused to defend President Trump’s executive order on immigration. 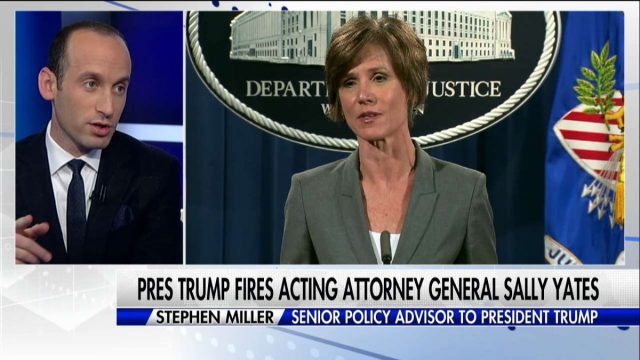 Just minutes after the White House issued a statement that Sally Yates had been fired — and Dana Boente named as her replacement — the president’s senior adviser explained why she was let go on “Tucker Carlson Tonight.”

Stephen Miller: “It was a betrayal of her office and [Sally Yates] is being replaced with somebody who will enforce the laws of the U.S.” pic.twitter.com/C1aNrfsLuV