A William & Mary student posted two pictures of a Thomas Jefferson statue stained with fake blood and a message reading: “Overseen: TJ caught with the blood of all the people he owned on his hands.” 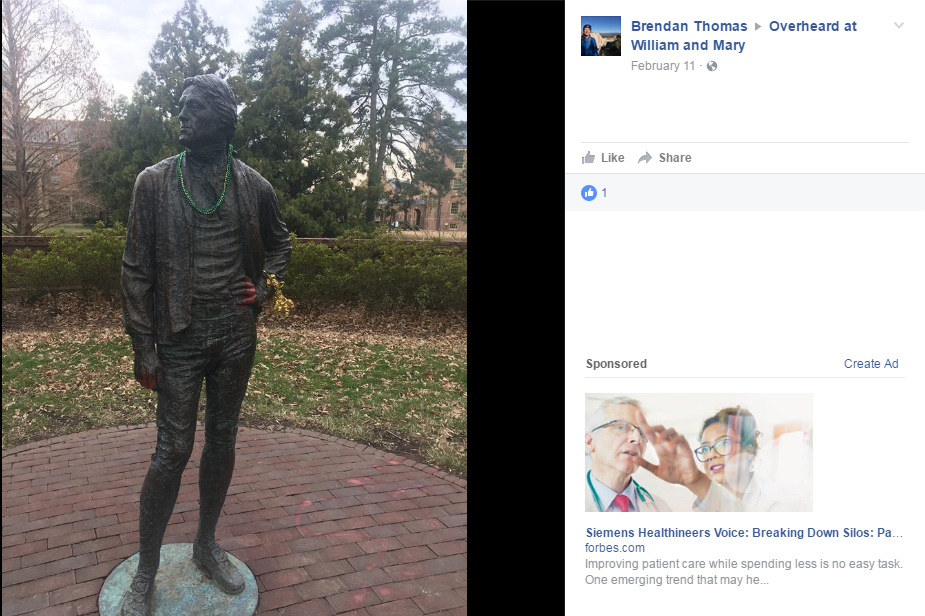 The hands of the statue appear to be covered with some kind of red paint. Student Brendan Thomas posted this photo and one other to Facebook on Saturday, one day after William & Mary’s Charter Day, which celebrated the 324th birthday of the school. 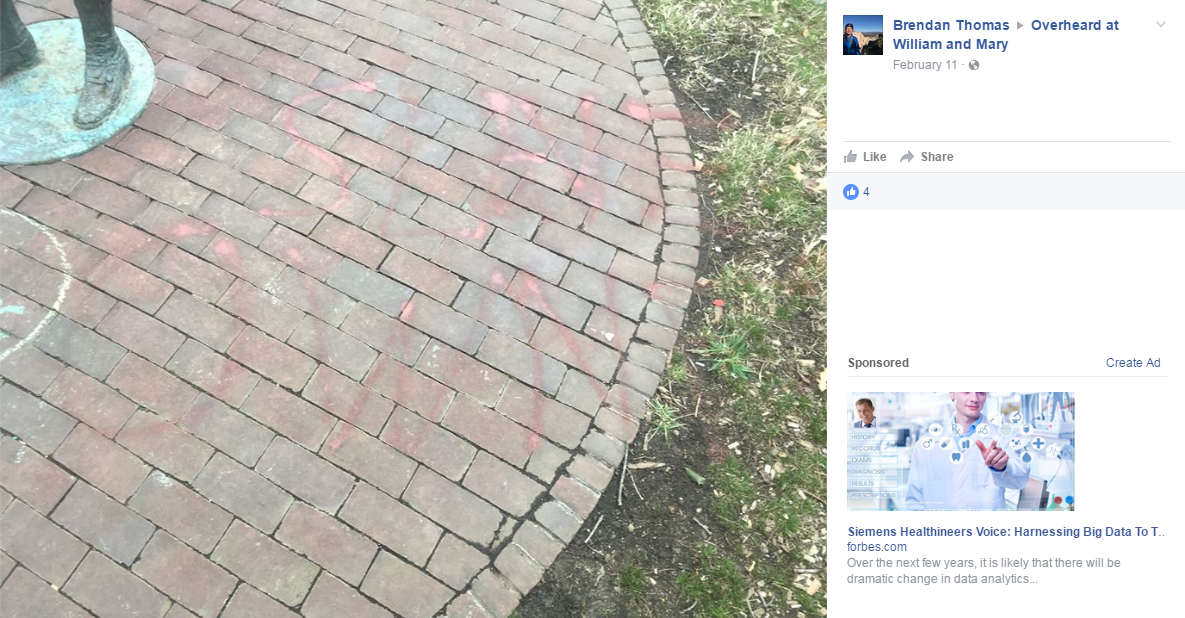 The red paint below the statue seems to scrawl out “slave owner,” presumably labeling the Founding Father and William & Mary graduate as such.

Some comments on the photo, which was posted in a William & Mary student group page on Facebook, were of an anti-Jefferson nature.

“I love how the response to the graffiti illustrates the need for the graffiti,” one student remarked.

However, other comments condemned the action.

“What does this accomplish?” asked one user. “I know this likely isn’t the case with many other places, but at least in this community of intelligent, well-read people, I would imagine that most people here are aware that Jefferson did indeed own slaves. Owning slaves is shitty and inexcusable, full stop. But I’m confused about what this accomplishes.”

“Absolutely nothing except forcing the College’s underpaid maintenance staff to take time out of their day to clean up petty vandalism,” reads one reply, which was also the most-“liked” comment on the thread, apart from the original post.

Interestingly, while some users responded to the post with the “love” reaction, none responded with the “sad” or “angry” reactions.

“The graffiti on and around the Thomas Jefferson statue occurred over the weekend,” said Whitson. “We are in the process of determining the best way to remove the paint without damaging the statue. We don’t know who is responsible for the graffiti.”

“William & Mary is a place where we encourage civil discourse about challenging topics, including those about the university’s own history with respect to slavery, but it is never acceptable to deface property to express an opinion.”