In a major power move, the ultra-liberal national affairs correspondent for The Nation, announced that she is boycotting President Trump‘s first speech before Congress Tuesday night.

No matter that she’s also a TV pundit who could conceivably be asked to appear on a cable news panel or that she might want to offer her readers her hot take, Walsh is playing it stupid by not watching at all. 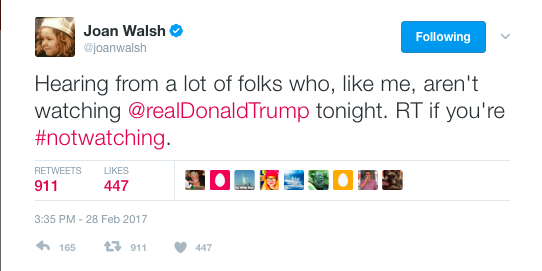