Donald Trump has been praised for following through on promises he made to voters on the campaign trail, but the president has yet to act on two programs he vowed to end within days of being sworn into office: DACA and the H-1B visa program. 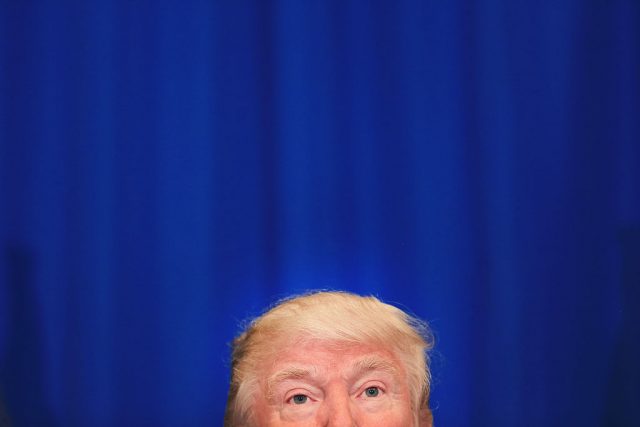 On the trail, Donald Trump promised to “immediately terminate” Barack Obama’s Deferred Action for Childhood Arrivals program, which protects hundreds of thousands of undocumented immigrants who came to the country as children from deportation.

“We will immediately terminate President Obama’s two illegal executive amnesties, in which he defied federal law and the constitution to give amnesty to approximately 5 million illegal immigrants,” Trump said during a speech in Phoenix in August.

Then he pledged to kill the H-1B visa program with “no exceptions” because, he believes, it allows companies to import foreign workers and replace American workers for a lower cost.

“I will end forever the use of the H-1B as a cheap labor program, and institute an absolute requirement to hire American workers first for every visa and immigration program,” Trump said on his own website last March. “No exceptions.”

Trump is 48 days into his presidency, and he hasn’t touched either one. 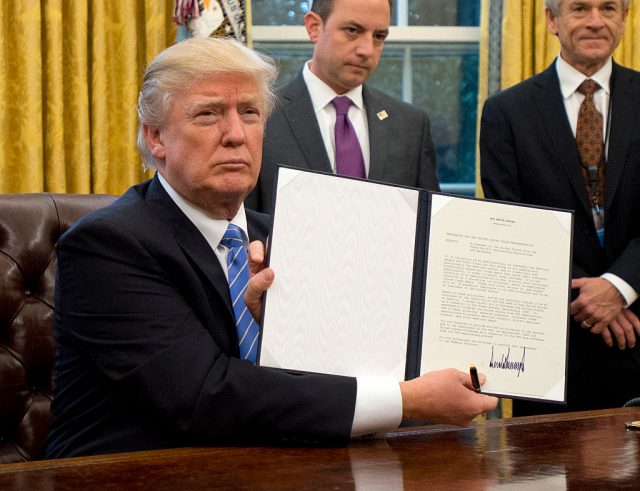 The White House has avoided giving a direct answer about revamping or ending the H-1B visa program. When asked about it at the briefing Wednesday, press secretary Sean Spicer said this:

He gave nearly the exact same answer when asked about the program in January.

“There has already been a lot of action on immigration and whether it’s that or the spousal visas or other types of visas I think there’s an overall need to look at all these programs,” Spicer said at the time. “You’ll see both through executive action and through comprehensive legislative measures a way to address immigration as a whole and the visa program.” 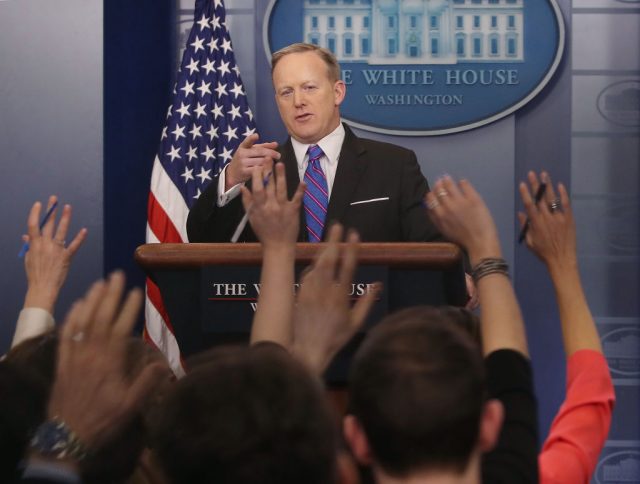 DACA went unmentioned as the president cracked down on illegal immigration with two sweeping memos from the Department of Homeland Security that gave the federal government directions to deport anyone who is here illegally, regardless of whether they’ve committed a serious crime or not, in February.

Trump’s communications team has been asked about ending DACA more than seven times during briefings and gaggles.

On Jan. 23, Spicer said, “First and foremost, the president’s been very, very clear that we need to direct agencies to focus on those who are in this country illegally and have a record – a criminal record or oppose a threat to the American people. That’s where the priorities are going to be and then we’re going to continue to work through the entire number of folks that are here illegally. But right now the clear focus is on that.”

On Feb. 3, Spicer said, “We’ve made it very clear that we’ll have further updates on immigration referring to DACA and DAPA.”

On Feb. 7, Spicer said “the president will have further updates on both DACA and DAPA very shortly.”

On Feb. 17, deputy press secretary Sarah Sanders said, “He [Trump] wants to make sure that that’s done correctly.  Obviously, there’s a compassion piece in that. And he’s looking at those options and seeing what the best path is on that.”

On Feb. 21, Spicer said, “The president has made clear when you have 12, 14, 15 million people in the country illegally, that there has to be a system of priority.  And right now, ICE’s priority is going to make sure that we focus first and foremost on that.  Specifically, in the guidance, it talks about the DACA and DAPA, unless someone who fits under that program fits into the sub-category is not subject to what is being dealt with now.”

On Feb. 22, Spicer said, “We will get back to you on that. Right now the focus is on keeping the country safe and making sure that we walk through.” 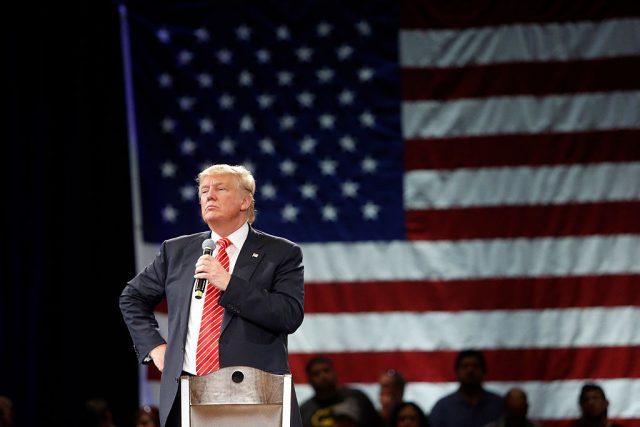 The results of a poll released Wednesday showed that a majority of voters believe Trump will accomplish nine of his top ten policy proposals during his first year in office.

It’s starting to look like there might be two left off of the table. (RELATED: Majority Of Voters Believe Trump Will Fulfill Nine Out Of His Ten Promises This Year)