Three former Donald Trump advisers are proactively offering to testify to the House Intelligence Committee about Russia, in stark contrast to Hillary Clinton aides who stymied Congress during investigations into the former secretary of state’s private email server.

This week, former Trump advisers Paul Manafort, Roger Stone and Carter Page all informed the committee of their desires to testify to the committee.

All three have been identified in news reports as subjects of an FBI investigation of potential Trump campaign collusion with the Russian government. In testimony to the committee earlier this week, FBI director James Comey confirmed an ongoing investigation but did not name the Trump associates who are targeted in the probe.

The trio deny colluding with the Kremlin, but news reports have showed a variety of connections between the aides and people who work for the Russian government.

Manafort, Trump’s campaign chairman, has worked as a consultant for a former Ukrainian president allied with Vladimir Putin. Page, who served as a junior policy adviser on the campaign, has business interests in Russia and gave a speech at a Moscow university in July, while he was still with the campaign.

Both are named in a dossier compiled by a retired British spy alleging coordination between the campaign and Russian government operatives. The dossier is largely uncorroborated and several inconsistencies in the document have been discovered. Nevertheless, Democrats on the Intelligence Committee, including the ranking Democrat, California Rep. Adam Schiff, cited it as fact during Monday’s hearing. 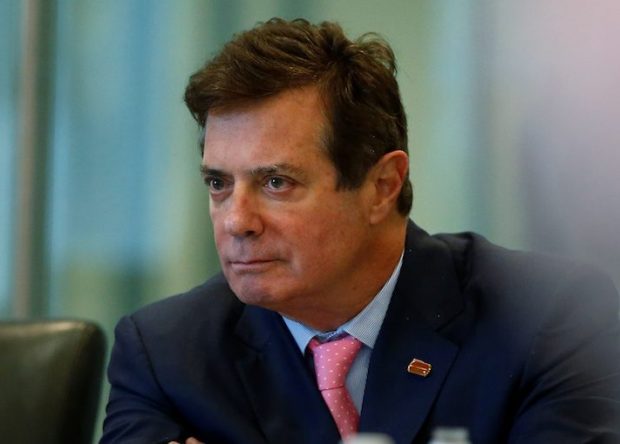 Stone has claimed that he communicated through an intermediary with WikiLeaks, the group that released Democrats’ emails during the campaign. U.S. government officials believe that the emails were hacked by the Russian government.

But the advisers appear eager to explain what they claim is a massive witch hunt.

In a letter to the Intelligence Committee shared exclusively with The Daily Caller, Page said he “would eagerly welcome the chance to speak with the Committee” in order to “set the record straight” regarding allegations made against him.

Manafort reached out to the Intelligence Committee through his attorneys on Thursday, chairman Devin Nunes announced on Friday. (RELATED: Trump Campaign Advisers Offer To Testify To House Intel Committee)

Stone released an open letter to reporters earlier this week saying that he is eager to talk to Congress.

“I am anxious to rebut allegations that I had any improper or nefarious contact with any agent of the Russia State based on facts, not misleading and salacious headlines,” wrote Stone, who is a longtime friend of both Trump and Manafort and who was an informal adviser during much of the campaign. (RELATED: Trump Adviser Roger Stone Wants To Testify To Congress And ‘Spank’ Democrats ‘Like Children)

Contrast that with Clinton aides who resisted cooperating with Congress and federal investigators looking into the potential mishandling of classified information on Clinton’s server.

Bryan Pagliano, the Clinton State Department staffer who set up the secret email server, infamously ignored a subpoena from the House Oversight and Government Reform Committee to appear at a hearing in September.

Pagliano also invoked his Fifth Amendment right against self-incrimination in response to several other congressional requests to testify. He pled the Fifth during a Sept. 10, 2015 meeting with the House Select Committee on Benghazi. He only spoke to the FBI after receiving limited immunity from prosecution in the case.

Paul Combetta was another person on Clinton’s payroll who refused to talk to Congress. Combetta worked for Platte River Networks, the IT company that managed Clinton’s server after she left the State Department. The technician lied to the FBI during at least one of his interviews, but he nonetheless received immunity from the bureau to discuss his work on Clinton’s server. (RELATED: Paul Combetta Pleads The Fifth)

Combetta appeared at the Oversight Committee hearing in September but repeatedly invoked his Fifth Amendment rights.

Other Clinton aides stymied other investigations. Huma Abedin and Cheryl Mills, Clinton’s two closest aides at the State Department, did testify in a closed setting in front of the House Select Committee on Benghazi. But the pair refused to talk to the State Department’s inspector general ahead of a report it issued on Clinton’s server in May. They also may have given inconsistent statements to the FBI about when they became aware that Clinton was using a private email server to store her work related emails. (RELATED: Clinton Aides Said They Didn’t Know About Email Server, But Emails Suggest Otherwise)

Mills and another Clinton aide, Heather Samuelson, received immunity in exchange for their full cooperation with investigators.

As for the Trump advisers, the Intelligence Committee has not set a date for when their testimony will be heard. A representative for Manafort did not say whether he would speak in a public setting or in private. Nunes said the decision is up to him.