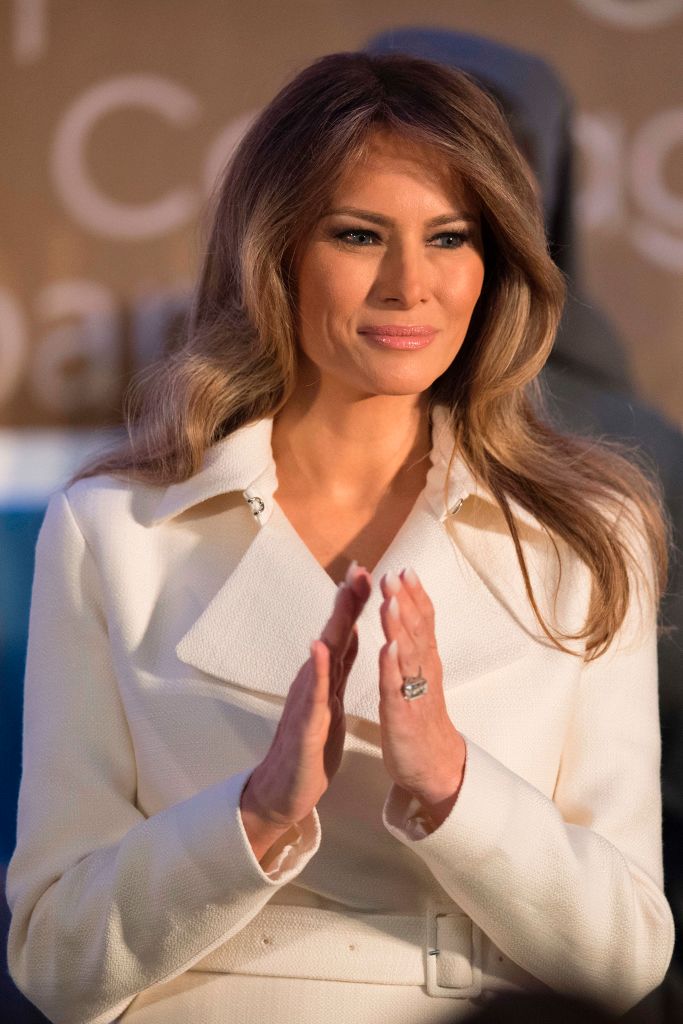 Bolduan first asked to Bennett to analyze FLOTUS’ performance, which she went on to call a “pretty special moment.”

“That was a pretty significant speech from the First Lady,” she explained. “We really haven’t heard her talk for that long or lay out an agenda, and the things she she hinted at, women’s empowerment and women’s equality, this dovetails nicely with the bits and pieces that we have heard of her platform.” (RELATED: Melania Trump Speaks At International Women Of Courage Awards)

Anderson Brower took a slightly more pessimistic approach when Bolduan asked her to compare Melania’s “first 100 days” in office to those of previous first ladies.

“Well, another author said ‘does she have a low profile?’ No, she has pretty much no profile at this point,” she answered. “I think there is a big question mark about what she’s going to take on.”

“We just saw that she hired a communications director, which I think could make a big difference for her, but by this point in Michelle Obama’s tenure, she had a staff around her. She was very involved. She had graced the covers of magazines and been a real force in Washington, and because Melania Trump doesn’t live here, we don’t see much of her.”