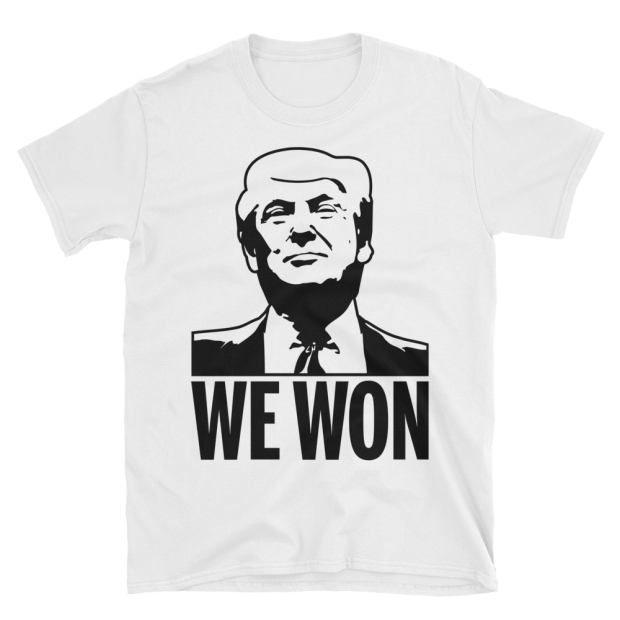 On November 8, Donald Trump won 306 electoral votes to become President of the United States. Why? Because his voters are winners. Even when faced with adversity, Trump supporters knew what the country needed. And so they went out and made it happen. Giving up was not an option. So you did not give up. Instead, you won. Don’t be afraid to show it.

The limited edition “We Won” shirt will not be available forever. Get yours today, before it is too late.