WASHINGTON — Sean Spicer held the press briefing from the White House on Tuesday. The press secretary answered questions on what role the United States believes Russia may have played in covering up the Syrian government’s responsibility for the deadly chemical attack and if North Korea poses a nuclear threat. 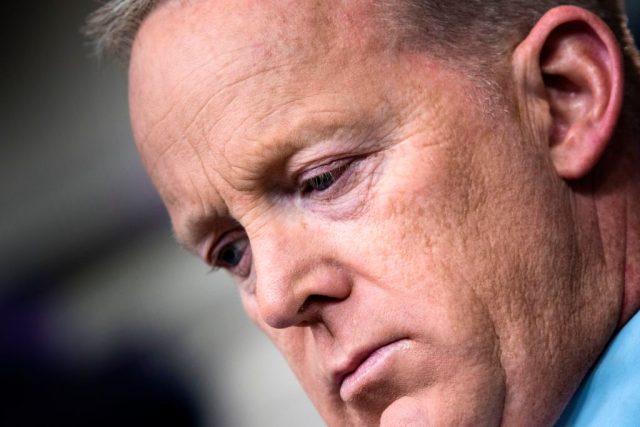 On the chemical attack in Syria

“The number one priority for us as a government is to stop ISIS,” Spicer said.

Did Russia know in advance of the attack?

Spicer repeated a statement issued by the White House Monday that said, “At this time there is no consensus in the intelligence community that’s the case.”

“In this case, there is no question that Russia is isolated. They have aligned themselves with a group of countries that were are not looking to hang out with. With the exception of Russia, they are all failed states. The facts are on our side — Russia has been party to several international agreements that Syria is not holding up to…”

“They are getting on the wrong side of history in a really bad way very quickly.”

On if Ivanka encouraged the president to retaliate

“There is no question Ivanka and others weighed in. When he himself saw the images, he was very, very moved. I think there was a widespread acknowledgment that the images and actions had been taken were horrific.”

“I think almost every single day we have been asked about these so-called ties. There’s an acknowledgment that, at some point, you would have seen some action that clearly didn’t happen.”

“He has made it clear with respect to their actions that it is not tolerable. We need stability in the region and I think he has put them clearly on notice.”

“There’s no evidence North Korea has that capability to deliver on a nuclear threat against the US at this time.”

“I don’t think anyone looks at that video and isn’t a little disturbed,” Spicer said. “I think clearly watching another human being dragged down an aisle…I don’t think there’s a circusmtance where you don’t sit back and say that it could have been handed better.”

On Hitler and Assad

Spicer caused quite a stir when he said “not even someone as despicable as Hitler” used chemical weapons like Bashar al-Assad did. He later walked back the comment.

“He was not using the gas on his own people in the same way that Assad is doing.”