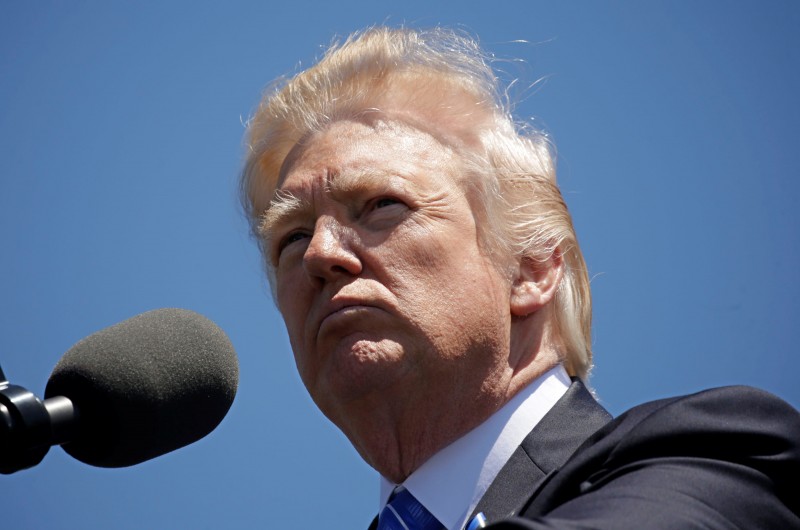 President Donald Trump speaks at the National Peace Officers Memorial Service on the West Lawn of the U.S. Capitol in Washington, U.S., May 15, 2017. REUTERS/Kevin Lamarque

“I think we need to rally around our President right now. He’s had unprecedented obstruction from the Democrats and the media. They are coming after him with everything and this is a time for our party to be rallying around our leader, which is our President, who the people voted to represent them. He needs our support,” McDaniel said in an appearance on “Kilmeade and Friends.”

“And if Comey really thought that the President had crossed a line, he would have reported it, and he didn’t. There’s an investigation that is going to take place; we’re going to get to the bottom of that,” she added. “But in the meantime, people are still hurting in my state, because their premiums are doubling with their healthcare. Their deductibles are so high that they have health insurance but they don’t have healthcare. We need to fix problems all across this country.”

McDaniel’s vote of confidence in the president echoed the message coming from Speaker of the House Paul Ryan, who expressed his confidence in Trump on Wednesday. (RELATED: Amid Impeachment Talk Speaker Ryan Still Has Confidence In Trump)

“It is obvious – there are some people out there who want to harm the president,” Ryan said to reporters. “We have an obligation to carry out our oversight, regardless of which party is in the White House. That means before rushing to judgment we get all the pertinent information.”