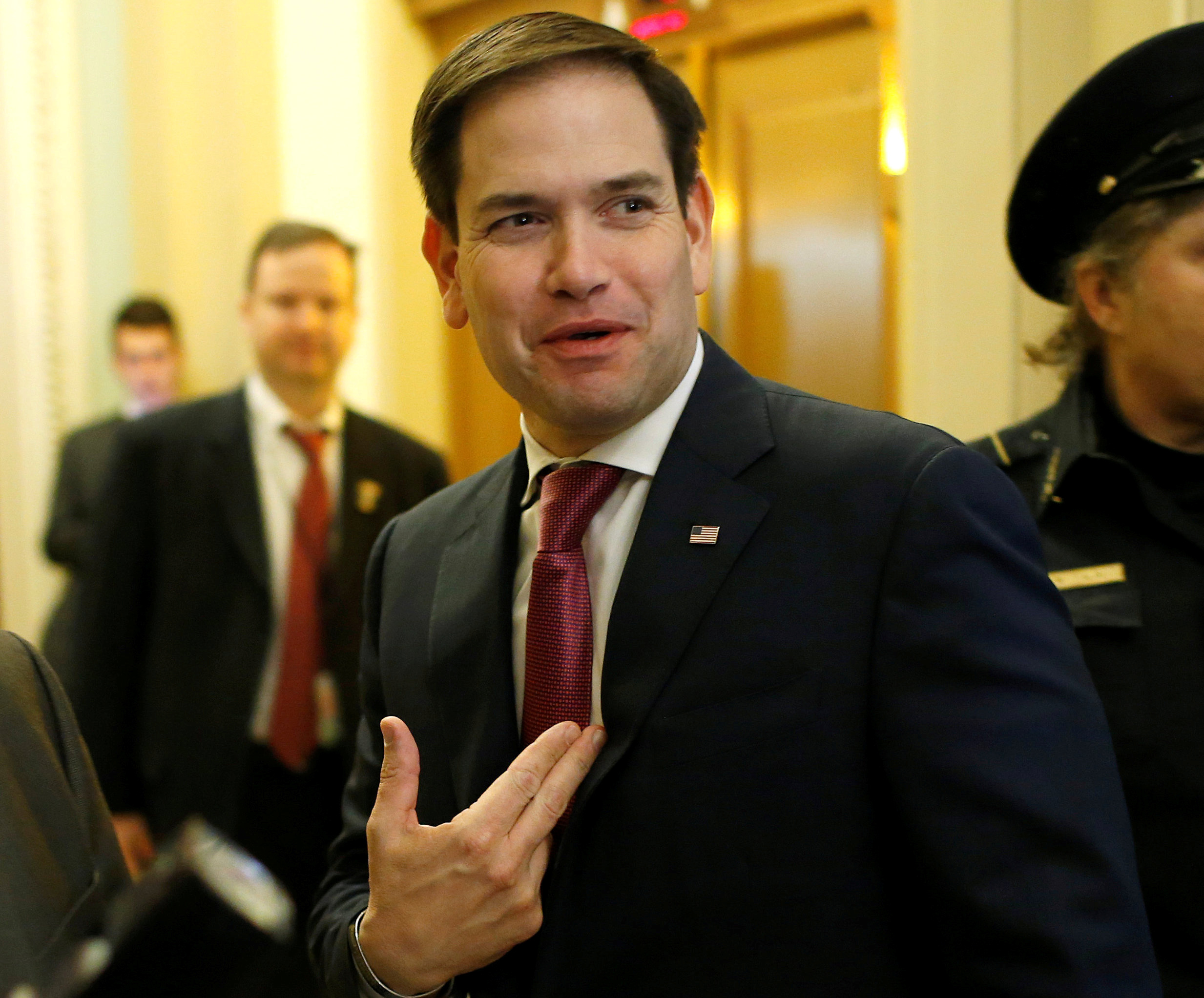 Appearing on CBS’ “Face The Nation” Sunday morning, Rubio said he hasn’t seen or heard anything to back up that account. (RELATED: Errors From The Press Are Piling Up In The Opening Weeks Of The Trump Administration)

“What did you make of the New York Times report which apparently came just from the notes taken by White House note takers in the meeting between the president and the Russians in which the president said, ‘I just fired the head of the FBI. He was crazy, a real nut job. I faced great pressure because or Russia.’ That’s taken off’?” host John Dickerson asked. Rubio appeared to misunderstand the question and began talking instead about the Post’s report that Trump shared classified information during the meeting, potentially jeopardizing at least one crucial intelligence source.

“Well, I haven’t seen the notes,” Rubio said. “People that were in that meeting, they denied that anything had been said in that meeting that could compromise sources, methods, or information with regards to intelligence.

Dickerson returned to the subject later in the interview.

“Let me ask you about this report that classified information was given. The president said he was giving information to the Russians in that meeting in order to help them, quote, ‘Greatly step up their fight against ISIS and terrorism.’ Do you think that’s a possibility? That by giving them information that the Russians will step up and help with ISIS?” he asked.

“Well, two things. First of all, I don’t know what the Russians knew already, number one. Or at least I won’t discuss that,” Rubio shot back, hinting that even if Trump did discuss classified information with the Russians, it may not have been information they didn’t already know.

“Number two, I’m not sure that’s what the president did, that he gave them that sort of information. Everybody that was in the room that I’ve spoken to denies that that’s what happened.”