Chelsea Clinton said she doesn’t know how she will explain Donald Trump or the year 2017 to her children one day.

In an interview with Teen Vogue, Hillary Clinton’s daughter said that although it “has been very clear who Mr. Trump is” for longer than she has been alive, “every day seems so improbable.” 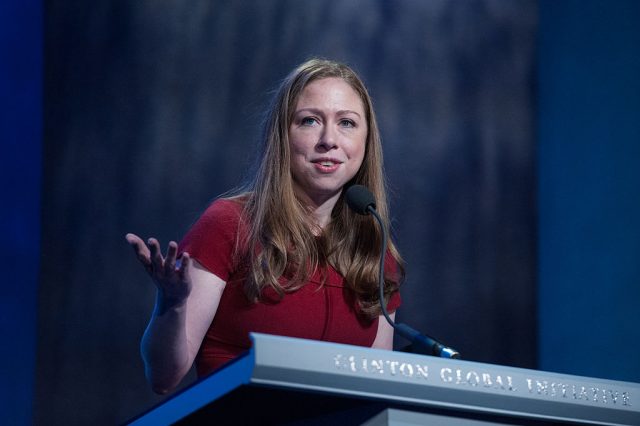 “Well, [I have no idea what tomorrow] is gonna look like,” Clinton said. “I don’t say that in the general sense of I’m not prescient and none of us have a crystal ball…But every day seems so improbable. Come back to me on December 31st and I’ll have a better sense on how I’ll might explain 2017, because we’re not even halfway through the year and none of us could have foreseen [what has happened].”

“As Maya Angelou said — which is something I know I’ve quoted on Twitter and off, and others have as well — ‘when someone shows you who they are the first time, believe them.’ It has been very clear who Mr. Trump is for about longer than you or I have been alive. Unfortunately, we are just seeing that play out in ways that should not be surprising on a personal level for him, but I hope continue to be surprising for our country because we are better than this.”

“We have to continue to prove we are better than this because, quite literally, our children’s futures depend on it.”

Clinton defended Trump in a tweet Tuesday after the comedian Kathy Griffin sparked outrage when images surfaced of her holding up a bloody, decapitated version of the president’s head.

This is vile and wrong. It is never funny to joke about killing a president. https://t.co/zIiuKoMyFw

Griffin later deleted her tweets defending the image and apologized for going “too far.”