According to the New York Times, the former FBI director “confronted Attorney General Jeff Sessions and said he did not want to be left alone again with the president” after he had an “inappropriate” interaction with him in the Oval Office. That inappropriate interaction was determined from a memo Comey allegedly wrote afterwards, when he claimed that Trump asked him to shut down the FBI’s investigation into former national security adviser Mike Flynn because he was “a good guy.” 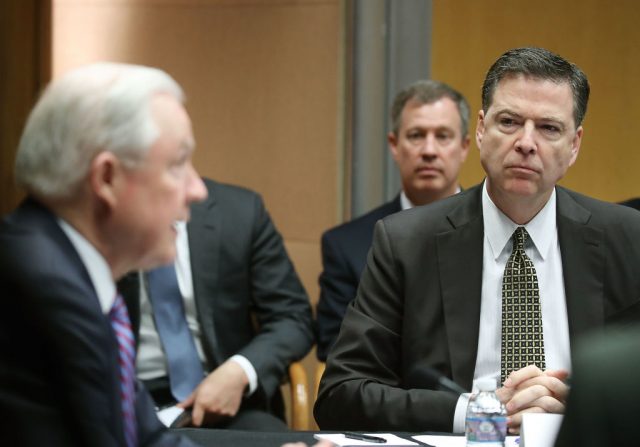 Sessions, according to the Times, did not guarantee that Trump would not attempt to contact Comey while alone again.

Comey is scheduled to testify before the Senate Intelligence Committee Thursday. He will testify in an open session at 10 a.m. before doing the same in a closed session that afternoon. It will be the first time that Comey has publicly spoken since he was fired by Trump in May.

Trump is dining at the White House Tuesday night with two senators who are on the Senate Intelligence Committee and will question Comey — Sens. Marco Rubio and Tom Cotton.