A woman attending a Planned Parenthood protest Wednesday afternoon on Capitol Hill held a sign signaling to the world how much greater her virtues were than any Republican, or American, supporting the Obamacare repeal effort. 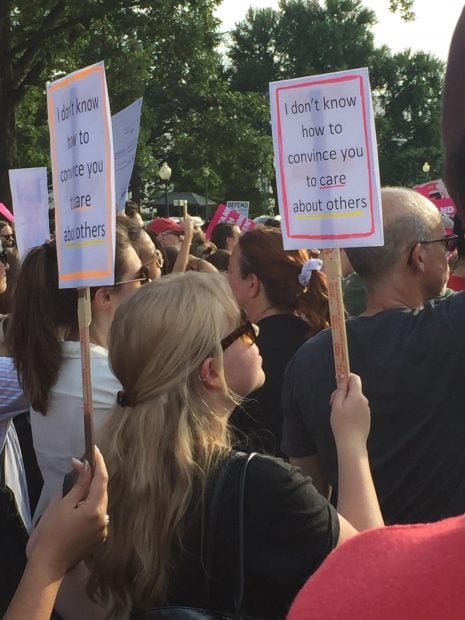 “I don’t know how to convince you to care about others,” the sign read.

Hundreds of protestors marched to express their disdain for Senate Republicans’ bill to repeal major portions of Obamacare. The most consistent complaints of the Senate bill among those in attendance were the 1-year cut to Planned Parenthood funding and the steep cuts to Medicaid.