White House communications director Anthony Scaramucci is dead set on ridding 1600 Pennsylvania Ave. of leakers, even if that means he has to “fire everybody.”

The newly-minted White House aide joins an administration plagued by leaks. He told The Washington Post Tuesday, “I’m going to fire everybody, that’s how I’m going to do it. You’re either going to stop leaking or you’re going to get fired.”

Politico and Breitbart both reported that Scaramucci had already dismissed assistant press secretary Michael Short as part of the move against leakers. Short is an ally of White House chief of staff Reince Priebus from his days at the Republican National Committee. Short told CNN after the news broke, “No one has told me anything and the entire premise is false.” 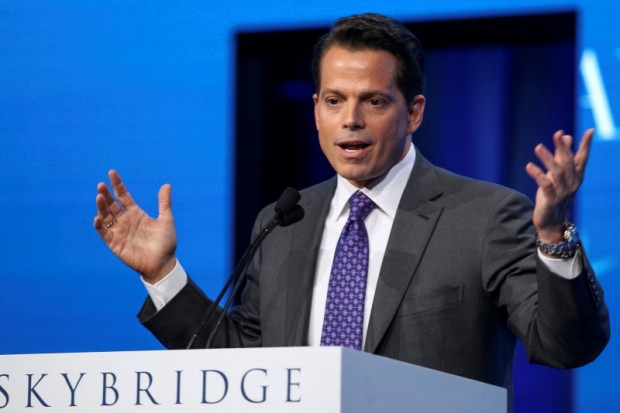 Anthony Scaramucci, Founder and Co-Managing Partner at SkyBridge Capital, speaks during the opening remarks during the SALT conference in Las Vegas, Nevada, on May 17, 2017. REUTERS/Richard Brian/File Photo

Scaramucci was then asked about the firing. “This is the problem with the leaking,” he responded. “This is actually a terrible thing. Let’s say I’m firing Michael Short today. The fact that you guys know about it before he does really upsets me as a human being and as a Roman Catholic. You got that?”

Curiously it was Scaramucci who went on the record with Politico saying that he will fire Short.

1
Adam Schiff: Removing Trump Urgent Because He’s ‘Threatening’ To ‘Cheat In The Next Election’
Politics
2
'We Just Saw The Pictures': Chris Wallace Challenges Hakeem Jeffries' Claim That Souvenir Pen Ceremony Was 'Solemn'
Media
3
Elizabeth Warren Questions If Americans 'Want Someone Who Lies To Them'
Politics
4
Lindsey Graham Unloads On Pelosi: She 'May Pray Privately, But She's Orchestrated The Trial Of Holy Hell'
Politics
5
Bully Spits On And Pushes An Injured Kid. He Gets Hit With Some Instant Karma In Unbelievable Video
Editorial