President Trump has offered the job to Hicks and she has accepted the position, according to a White House insider. Hicks has been close by Trump’s side since the early days of the campaign and is one of his most trusted staffers. She has been serving on the press team in more of a behind-the-scenes role as the director of strategic communications.

The communications director position has been open since President Trump fired Anthony Scaramucci in July, just 10 days after the Mooch took over the position from former press secretary Sean Spicer. Trump ditched Scaramucci shortly after he decided to bring on Homeland Security Secretary John Kelly as his new chief of staff. 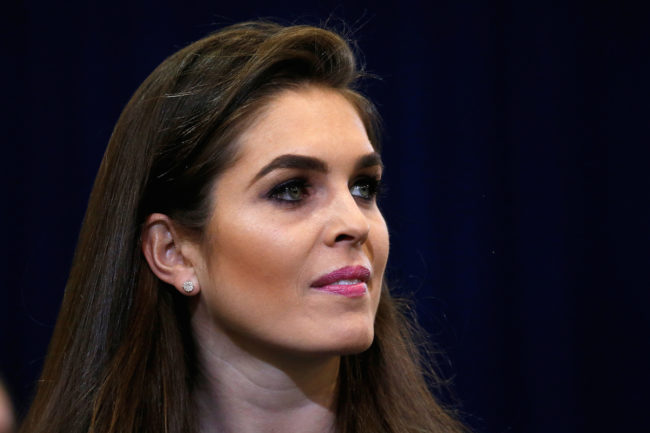 The role has been largely vacant since Trump’s initial comms director, veteran Republican strategist Mike Dubke, resigned from the post in May. Spicer assumed the responsibilities of communications director when Dubke left, maintaining a dual role as comms director and press secretary until he resigned over Scaramucci’s hiring. 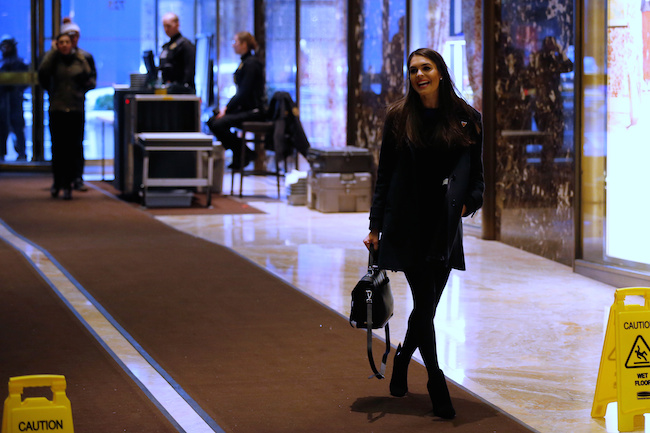 Hicks, from Connecticut, was a model and actress before her start in politics. She officially came onto the Trump radar in 2014, when Ivanka hired her to work in her fashion line. The two had built a relationship through Hicks’ work for the line in her prior communications role at Hiltzick Strategies. She quickly won the trust of the Trump family, and was brought on in a communications role from the start of Trump’s campaign. She has survived several staff shakeups and a wildly competitive environment among Trump’s campaign and now White House staff.

“My father makes people earn his trust,” Ivanka told The New York Times about Hicks in an interview for a June profile. “She’s earned his trust.” 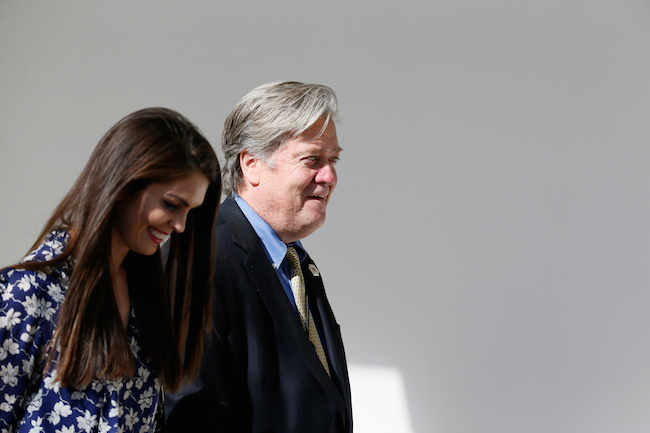 Hicks and Steve Bannon walk along the colonnade ahead of a joint press conference by Japanese Prime Minister Shinzo Abe and President Donald Trump at the White House in Washington, February 10, 2017. REUTERS/Jim Bourg

Trump reportedly loves that Hicks can read his moods and execute her job accordingly with professionalism. “Her most important role is her bond with the candidate,” his former campaign manager Paul Manafort told TheNYT. “She totally understands him.”

Hicks did not respond to a request for comment.