Which she displayed on a dress she wore to host her show “Deadline: White House.”

At 2:17 p.m. Thursday, a Mirror spy sent me an urgent message: “Turn on MSNBC. Nicolle Wallace has flames on her shirt. Looks like race car or a graphic tee you pick up at Walmart.”

I reached out to a few Mirror fashion experts for guidance.

And then, “It looks like if James Perse gave Guy Fieri some crayons and told him to go to town. I believe her dress was made by a drunk Guy Fieri playing with a sewing machine.”

My fashion guru pointed out that the dress was pretty risky. “Water and fire and touchy elements right now,” the source said, alluding to Hurricane Irma and Tropical Storm Harvey.

“She looks like a hot wheels car,” my expert continued. “Or a Flamin’ hot Cheeto. Prints on TV are hard, in her defense.”

Another Mirror fashion consultant remarked with just one word: “Volcanic.”

UPDATE: A third member of the Mirror fashion patrol came through this morning with reaction. The critic said, “It’s godawful. Looks like the Spontaneous Combustion Collection from JC Penney.  I mean. Her boobs are on fire. Liar liar tits on fire.” 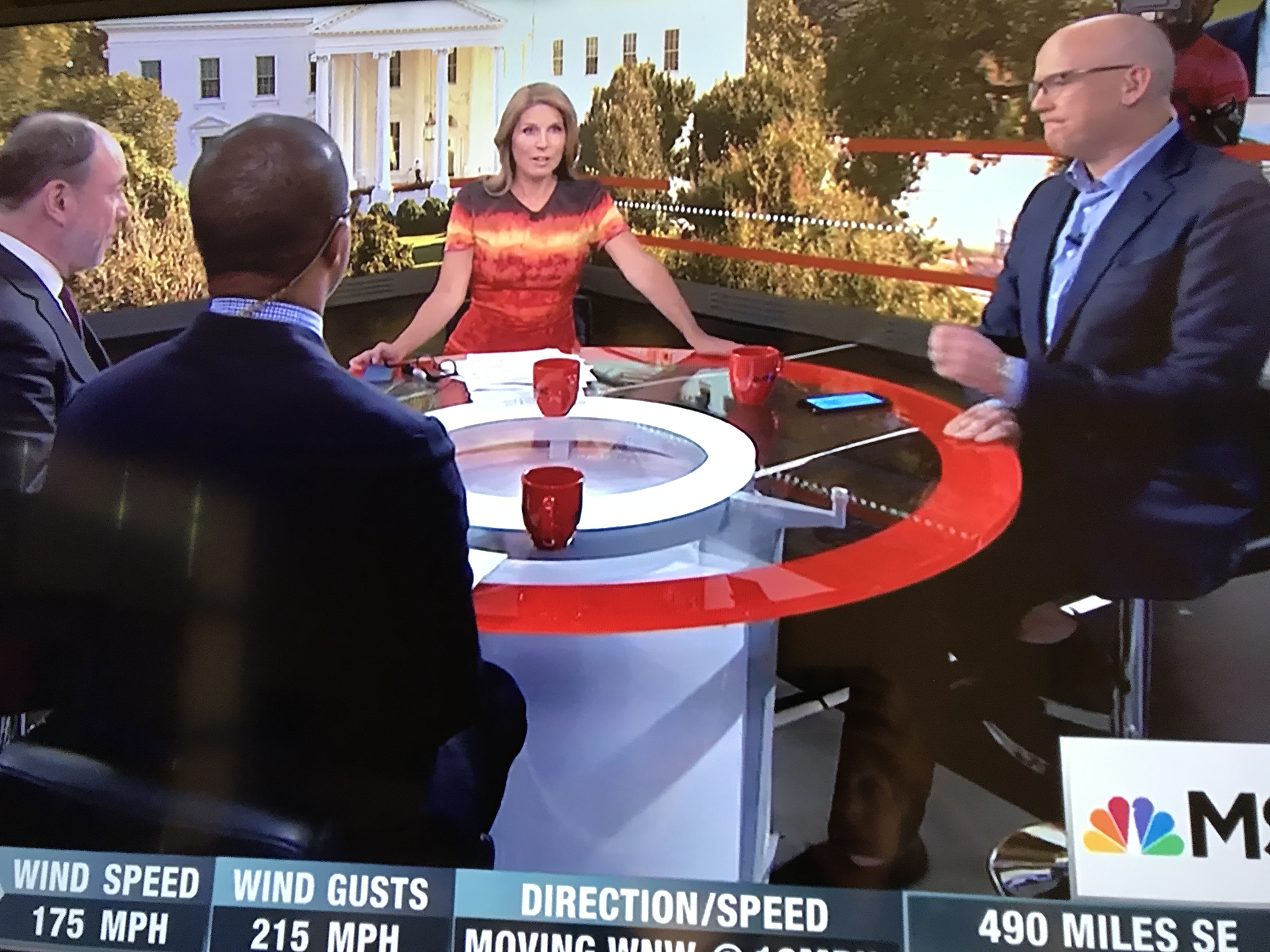 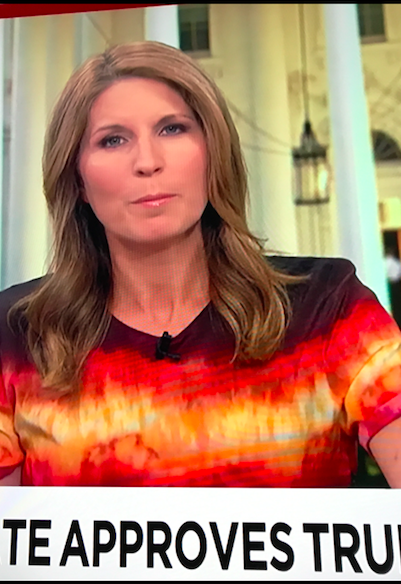