Kid Rock took a moment on the first Sunday of the NFL season to put any player who dares to take a knee or sit during the national anthem on notice.

Amidst a lengthy, expletive rant about a variety of topics, the outspoken rockstar blasted players who are continuing Colin Kaepernick’s national anthem protest in his absence in the league. He didn’t sugarcoat it either.

“F**k ANYONE who takes a knee or sits during our national anthem!,” the 46-year-old performer said. 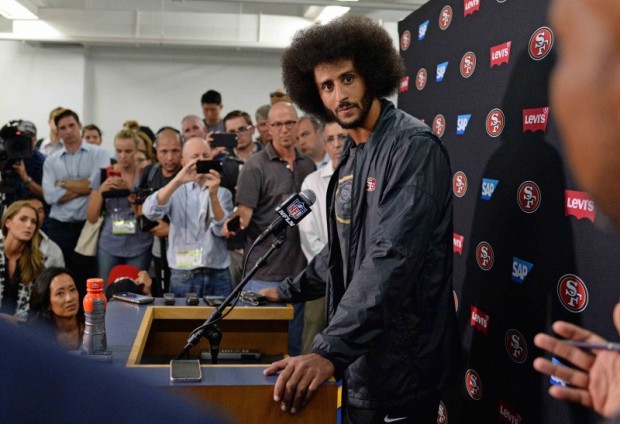 The “Cowboy” singer also blasted holes in the argument that Kaepernick doesn’t have a job in the NFL because of his political views, suggesting that it’s solely due to his lack of talent.

“Pretty sure if Russell Wilson or Tom Brady were doing it they would have no problem finding a job playing for any team they wanted in the NFL! So cut the bullsh*t!”

While the national anthem protest, started by the former San Francisco 49ers quarterback, has lost steam this season, several players are still participating.

Michael Bennett sits for the national anthem while his brother Martellus stands with a fist in the air on the other sideline pic.twitter.com/enEerCOEkJ

Seattle Seahawks defensive end Michael Bennett, who was involved in an incident with police last week, sat during the national anthem on Sunday. Green Bay Packers tight end Martellus Bennett raised his fist during the anthem.