Hanging a big hunk of metal off the muzzle of your gun is going to have an effect on accuracy, but exactly how much – and why?

When it comes to accuracy while shooting with a suppressor, we have competing dynamics at play. On one hand, the suppressor should cause a shift in point of impact, and perhaps even accuracy, because we’ve just attached a half-pound, up to a pound and a half, of metal on the end of the barrel. When you fire a rifle, the barrel hums like a tuning fork. The muzzle whips around like crazy. The point of impact depends largely on where in the “cycle of whipping around” the muzzle is pointed when the bullet pops out of the crown. The Browning BOSS system was an attempt to tune the barrel harmonics so that you have a consistent release. The BOSS has an adjustable weight, one that moves back or forth and changes the harmonics, and you do a trial-and-error test to see which position is best. (I can’t help but wonder just how much of the improvement in accuracy is created simply by the shooter getting more practice.) So, hanging a chunk of metal on the muzzle should change accuracy.

On the other hand, the suppressor can improve accuracy by stripping away the turbulent gases from the muzzle, the location where the bullet is at its most unstable and most suggestible to change. Which one wins?

It turns out that the gas-stripping variable is larger than the random harmonic change variable. (Maybe that’s why Browning let the BOSS fade; the improvement wasn’t worth the effort?) Most suppressors actually increase accuracy. Few change the point of impact, and when they do, it’s by a minimal amount. While the direction and distance of the change is random on each pairing, it is consistent with the pair. That is, if you slap a suppressor on your rifle, and find it shifts the group half an inch low-left, the shift will go away when you take the suppressor off. And, it will return, in the same direction and amount, when you put it back on. But, it will not necessarily have the same change on the next rifle in your rack.

Now, there is accuracy, and then there is accuracy. For most shooters (and I don’t mean to be insulting here), the accuracy shift is one they will not notice. For example, I tested a 9mm suppressor on a high-end 1911, a pistol built with a bank-vault-like fit. Over sandbags, the pistol was capable of less than 2-inch groups at 25 yards. If I knocked off my usual and excessive coffee consumption, I could get groups down to close to an inch, center to center. That’s basically five shots touching at 25 yards … from a pistol.

The suppressor I tested shifted the group center maybe an inch. So, a shift at 25 yards that isn’t even half the apparent width of the front sight blade, this when shot over sandbags? Admit it, how many of you can shoot a sub-2-inch group, even off of a rest, with your current pistol, ammo and practice level? On demand? If I had handed the pistol to someone who could shoot a 3-inch group at best (which is still pretty darned good) the change in point of impact would not be as great as the group itself. The overlap of the groups would mean no change was apparent, and it would take some very careful measuring to even indicate there had been a shift. I did the same thing with a top-flight AR, using match ammo. And the numbers were pretty much the same. If I changed my regular scope to a high-X one (Leupold 6.5-20) I could shoot sub-MOA groups, and the suppressor caused a change of almost an inch at 100 yards. If you could not shoot sub-MOA groups, you would not be able to determine if any change at all had occurred.

Patrick Sweeney pulls back the veil on these intriguing apparatuses in the Gun Digest Book of Suppressors. The well-respected gun writer and master gunsmith covers every base concerning suppressors in this practical reference, explaining how they function, their history and their uses. Click here to get your copy. 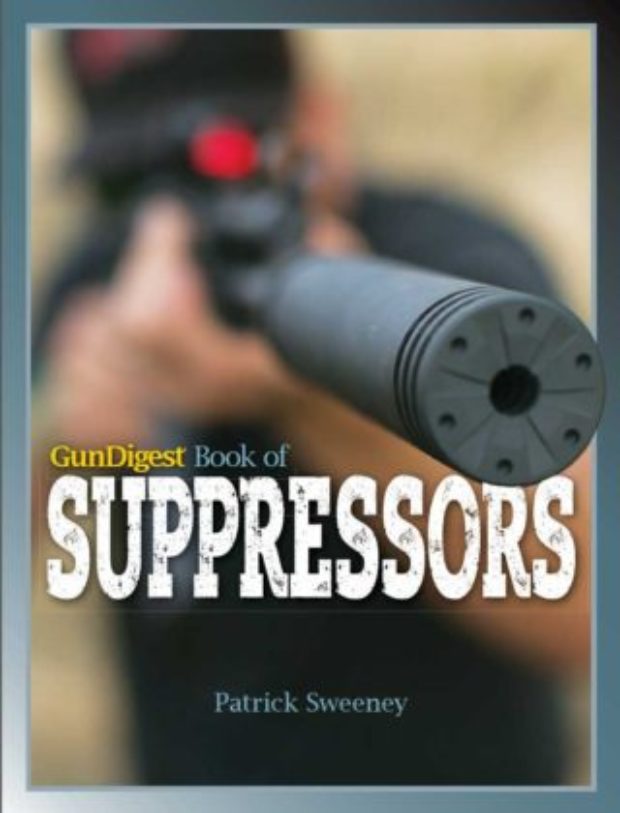