The Miami Dolphins’ requirement that players stand for the flag and Dallas Cowboys owner Jerry Jones’ threat to bench any player who kneels during the anthem were both clear wins for Trump and Pence, said Le Batard, the co-host of ESPN’s “Highly Questionable.”

Pence walked out of the Indianapolis Colts’ game against the San Francisco 49’ers after players knelt during the national anthem. Trump claimed credit for Pence’s walkout on Sunday, saying that he instructed the vice president to leave the game if players disrespected the American flag.

Le Batard’s co-host, Sarah Spain, trashed Pence’s walk-out as “a waste of money, waste of time and an embarrassment considering what else is going on in our country.” 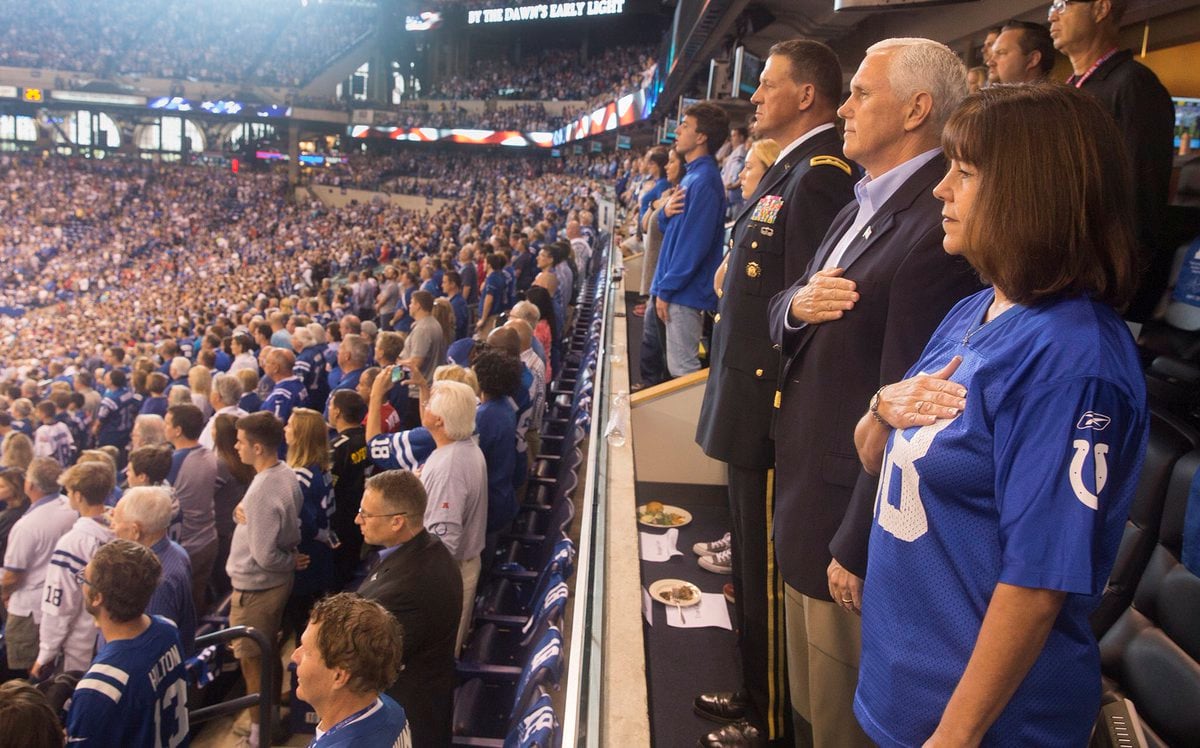 Vice President Mike Pence and Second Lady Karen Pence stand during the national anthem prior to the start of an NFL football game between the Indiana Colts and the San Francisco 49ers at the Lucas Oil Stadium in Indianapolis, Indiana, U.S., October 8, 2017. White House/Myles Cullen/Handout via REUTERS

Spain similarly slammed Jerry Jones, who said on Sunday that any Cowboys player who disrespects the anthem will not play.

“If we are disrespecting the flag, then we won’t play. Period. Period. We’re going to respect the flag,” Jones said. Spain characterized Jones’ comments as “unfair” to the players.

The Miami Dolphins implemented a similar policy on Sunday requiring players to stand for the national anthem. Three players who had knelt the previous week remained in the tunnel, although still standing for the anthem.

“These guys can now take credit for what was an easy stance,” he said, referring to Trump and Pence. “They made football bow.”

1
Republican Senators Are Literally Playing With Kids’ Toys During The Impeachment Trial
Politics
2
German Authorities Find ‘Weapons Of War’ During Raid Near Radical Mosque
World
3
Dad Confronts Warren On Student Loan Forgiveness: 'Can I Have My Money Back?'
Politics
4
Martha MacCallum Grills Eric Swalwell On Senate Process: 'It's Not The President's Team's Responsibility To Prove Him Innocent'
Media
5
EXCLUSIVE: Columbia University Found Him Guilty. But He's Got Voice Recordings, And He's Not Afraid
The Mirror