Hollywood mogul Harvey Weinstein was so close with former Secretary of State Hillary Clinton that he would deliver movies to Clinton, who described Weinstein as “so sweet” to one of her aides.

Emails from Clinton’s time at the State Department reveal a glimpse into the relationship between Clinton and the producer now accused of sexually harassing or assaulting abusing dozens of women. At least three women have accused Weinstein of rape, while other victims describe being forced to watch while the film producer masturbated in front of them.

“As time moves on, I realize I haven’t seen you and Mrs. Clinton in a long time, but I think of you both often,” Weinstein wrote to Capricia Marshall, a State Department aide under Clinton, in August 2010. Clinton. He offered to send the secretary of state a copy of his new movie, “The Kings Speech,” which wouldn’t be released to the public until late November of that year.

Weinstein said he thought Clinton would like it because of its similarity to another Weinstein film, “Shakespeare in Love,” which he remembered her liking. (The star actress in that film, Gwyneth Paltrow, is one of the women accusing Weinstein of sexually harassing her.) 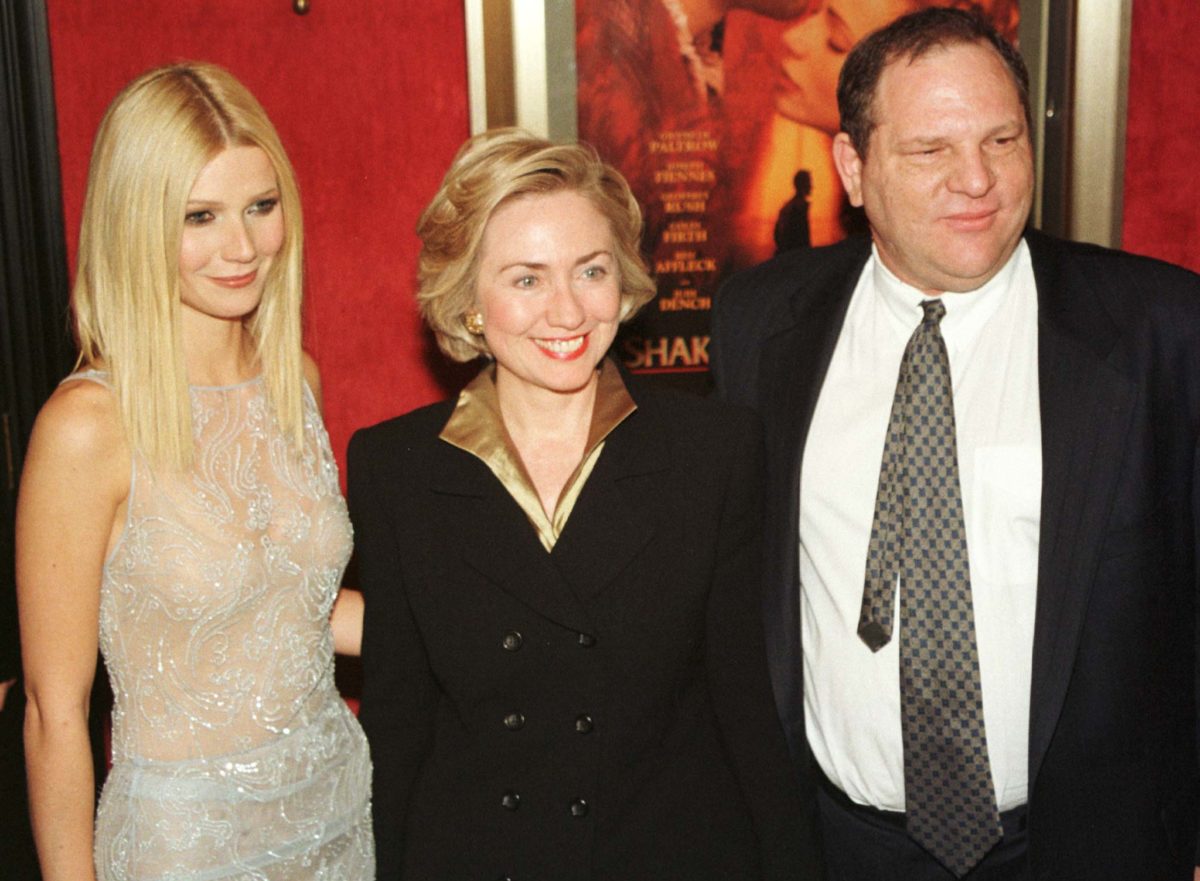 Actress Gwyneth Paltrow (L) poses with first lady Hillary Rodham Clinton (C) and Miramax co-chairman Harvey Weinstein as they arrive for the premiere of “Shakespeare in Love” in New York on December 3. Clinton introduced the film, which stars Paltrow, Joseph Fiennes, and Geoffrey Rush. It opens in New York and Los Angeles on December 11 and nationally on Christmas Day.
(Photo: Peter Morgan via Reuters)

“That is so sweet,” Clinton replied, telling Marshall to “let him know I not only want the movies, (including The Tillman Story) but I’ve heard about some of his other projects from Jamie Patricof (Company Men, Blue Valentine) that also sound great. And [please] wish him and Georgina every good wish [with] the new baby and that we all hope to see them soon.”

Weinstein’s closeness with prominent Democrats — including former presidents Bill Clinton and Barack Obama — has turned into a public relations nightmare for the Democratic Party. 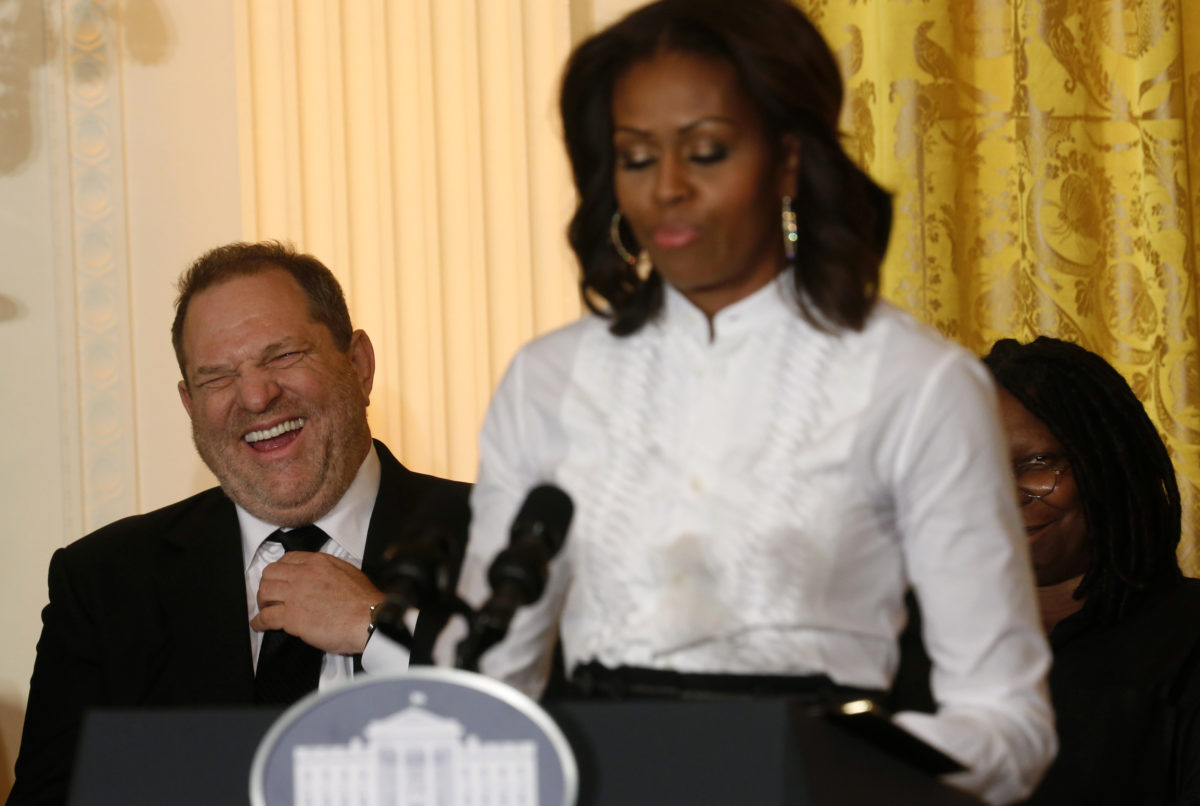 Film producer and studio executive Harvey Weinstein laughs at remarks directed at him by U.S. first lady Michelle Obama as she hosts a workshop at the White House for high school students about careers in film in Washington November 8, 2013. At right is actress Whoopi Goldberg (obscured).
(REUTERS/Kevin Lamarque)

It took five days for Clinton and Obama to release statements condemning their friend’s alleged predation of women, which was said to be an open secret in Hollywood. The Obamas hosted Weinstein at the White House in 2013 and their older daughter, Malia Obama, interned for Weinstein’s company earlier this year. (RELATED: It’s Not Just Weinstein — Entertainment Industry Filled With Accused Sex Abusers)

TMZ reported Thursday night that Weinstein’s contract reportedly prohibited the company from firing him for sexual harassment, as long as he reimbursed the company for lawsuits against them and paid additional damages.