Melania Trump turned heads Sunday when she stepped off Air Force One at Yakota Air Base in Tokyo, Japan, in a gorgeous multi-colored sweater coat. 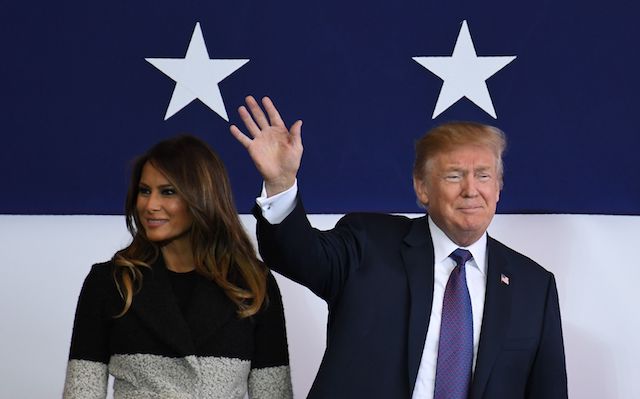 The first lady continued her dominance of fall fashion and looked great in the tan, orange, red, and brown sweater coat during the first day of the Asia tour with President Donald Trump. (RELATED: Melania Rocks Lavender Coat And Jeans During Visit To Michigan School [VIDEO]) 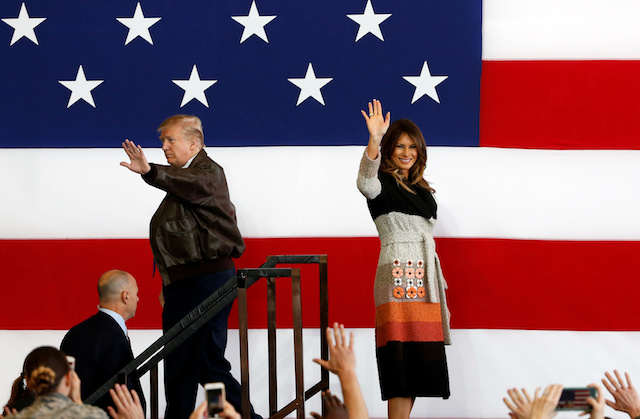 She completed the gorgeous look with a black top and nude high heels.

Later, she and Japanese First Lady Akie Abe spent some time at the Mikimoto Ginza Main Store in Tokyo. 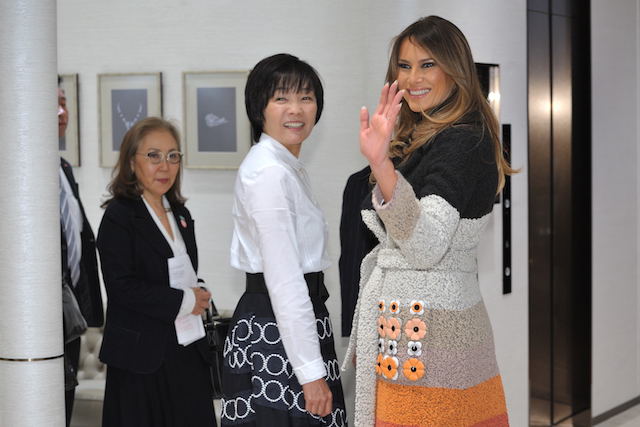 On Friday, the first lady looked downright glamorous in a sleeveless vanilla dress after she and the president touched down at Hickam Air Force Base in Hawaii, ahead of their nearly two-week long tour of Asia. 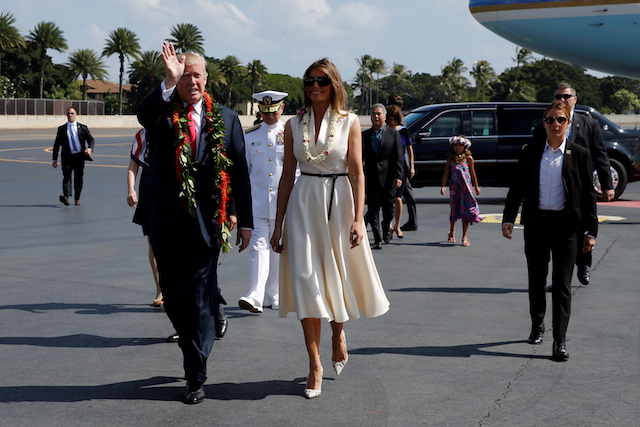 1
'This Is A Sham': Tucker Blasts Health Care Professionals Who Signed Letter Exempting George Floyd Protests From Coronavirus Restrictions
Media
2
82-Year-Old Attacked For Holding A Trump Sign Gets Emotional When He Receives A Call From Donald Trump Jr.
US
3
15 People Died In The Protests And Riots Following George Floyd's Death. Here's Who They Are
US
4
Trump Orders Thousands Of US Troops To Leave Germany
World
5
FLASHBACK: NFL Legend Jim Brown Says He'd Never 'Denigrate' The Flag By Kneeling During The National Anthem
Editorial