A top Democratic lawyer and major donor to Hillary Clinton and Barack Obama helped Hollywood mogul Harvey Weinstein organize an “army of spies” to suppress sexual assault accusations, according to a new report in the New Yorker.

David Boies acted as a go-between for Weinstein — who has his own ties to both Clinton and Obama — and the investigative firms that Boies hired to suppress sexual assault accusations, Ronan Farrow reported in the explosive piece.

Boies “personally signed” a contract ordering investigative firm Black Cube — described as “an enterprise run largely by former officers of Mossad and other Israeli intelligence agencies” — to suppress a New York Times report on sexual assault accusations against Weinstein, according to Farrow’s report.

Boies is often described as a “Democratic superlawyer.” He represented former Vice President Al Gore in his legal challenges to the 2000 presidential election results. In 2014, he earned a profile in Vanity Fair by leading the legal charge to overturn California’s Prop. 8, which defined marriage as between a man and a woman. In 2015, Fortune Magazine described him as “the most famous trial lawyer in the country.” 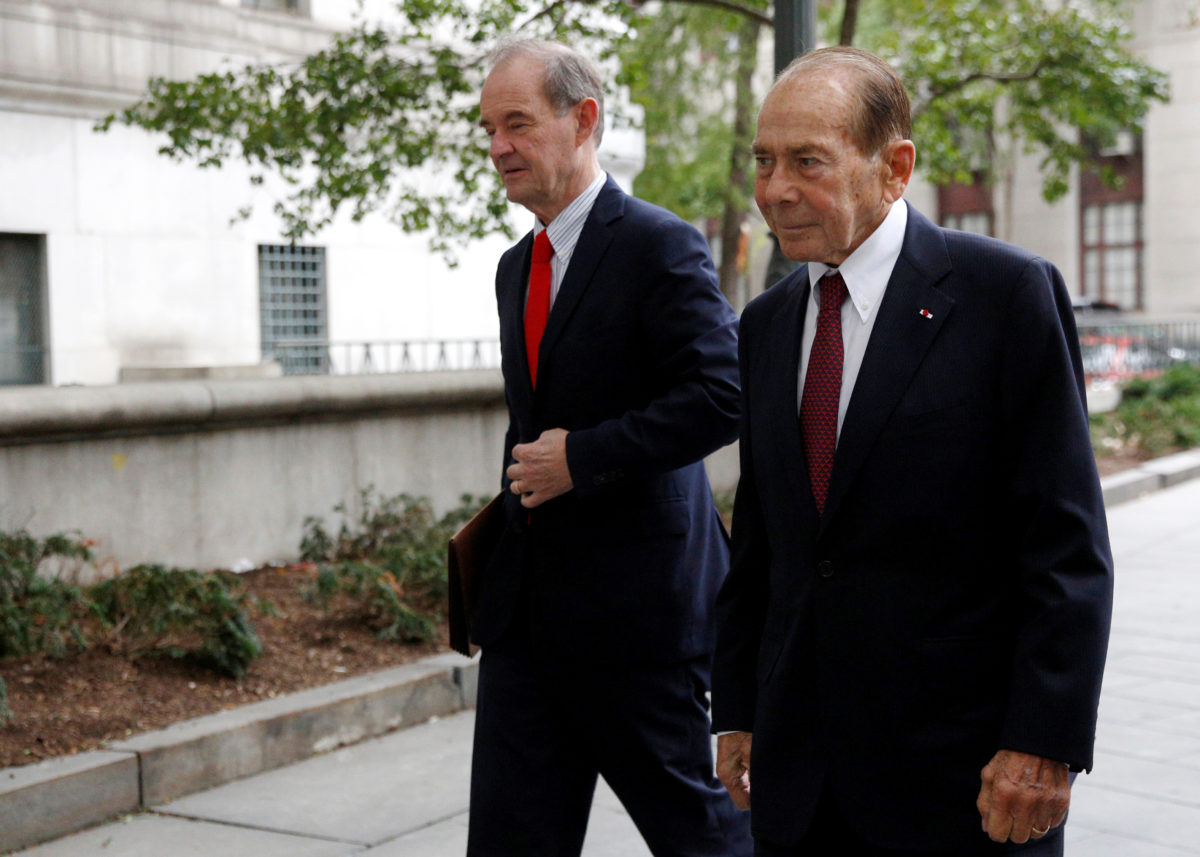 Boies is a major Democratic donor. He personally donated $1 million to a super PAC supporting former President Barack Obama’s re-election in 2012. He hosted a swanky fundraiser for Hillary Clinton at his New York home in September 2016, right in the heat of the campaign.

Six weeks after Boies hosted the Clinton fundraiser, according to the New Yorker’s report, his law firm wired $100,000 to Black Cube for the muckraking operation on Weinstein’s alleged victims. The investigative firm reportedly billed the firm $600,000 for the work.

Black Cube was hired to help Weinstein’s “efforts to completely stop the publication of a new negative article in a leading NY newspaper” and to “obtain additional content of a book which currently being written and includes harmful negative information on and about [Weinstein],” according to Farrow, who noted that the contract bore Boies’ signature. (RELATED: Harvey Weinstein Would Deliver Movies Straight To Hillary Clinton)