The latest batch of college football playoff rankings were released Tuesday night on ESPN, and Georgia remains in the top spot.

The top ten teams are as follows:

The obvious observation here is that both Penn State and Ohio State are gone, and have no hope of making the playoff. Wisconsin only went up one spot in the rankings, despite Ohio State and Penn State both losing last weekend. 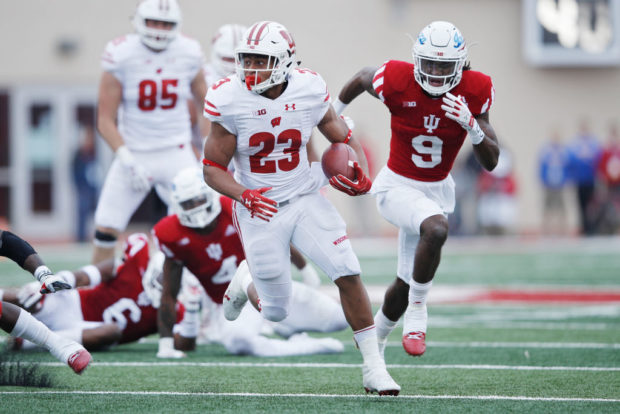 BLOOMINGTON, IN – NOVEMBER 04: Jonathan Taylor #23 of the Wisconsin Badgers runs for a 32-yard touchdown in the third quarter of a game against the Indiana Hoosiers at Memorial Stadium on November 4, 2017 in Bloomington, Indiana. Wisconsin defeated Indiana 45-17. (Photo by Joe Robbins/Getty Images)

Oklahoma plays TCU this upcoming week, and a win in that game might be enough to catapult the Sooners into the top four.

Check back next week to find out what changes we have after the upcoming weekend of college football.