Legendary guitarist and co-founder of the rock band AC/DC Malcom Young has died. He was 64-years-old.

“It is with deepest sorrow that we inform you of the death of Malcolm Young, beloved husband, father, grandfather and brother,” a statement on the band’s website read Saturday. (RELATED: AC/DC’s Brian Johnson Clears The Air: I’m Leaving The Stage, Not Retiring) 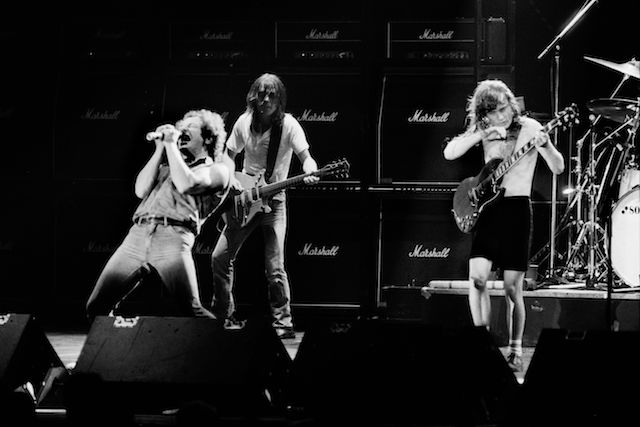 “Malcolm had been suffering from Dementia for several years and passed away peacefully with his family by his bedside,” it added. “Renowned for his musical prowess Malcolm was a songwriter, guitarist, performer, producer and visionary who inspired many. From the outset, he knew what he wanted to achieve and, along with his younger brother, took to the world stage giving their all at every show. Nothing less would do for their fans.”

He and his brother Angus Young founded the Australian rock band in 1973. The two released their first album in 1975 titled “High Voltage,” and rock-and-roll would never be the same. With hits like, “It’s a Long Way to the Top” and “High Voltage,” the band was on its way.

They became celebrities in 1979 when they released their first studio album “Highway To Hell.” It was then they broke into the U.S. Top 100 Records, and the album became their second highest selling album just behind the 1980’s “Back in Black.” With hits like “You Shook Me All Night Long” and “Back in Black,” the brothers became rock legends.

Young, as the band’s guitarist and back-up vocalist, helped create the sound that defined AC/DC. In 2003, they were inducted into the Rock & Roll Hall of Fame. Young performed with the group up until 2014 when his dementia forced him to leave.

“As his brother it is hard to express in words what he has meant to me during my life, the bond we had was unique and very special. He leaves behind an enormous legacy that will live on forever. Malcolm, job well done,” a statement from his brother Angus Young read.