Wisconsin football coach Paul Chryst has been named the coach of the year in the Big Ten.

He was named the coach of the year by both the media and the fellow Big Ten coaches after he led Wisconsin do an undefeated 12-0 regular season.

Consensus is he’s a good one

I’d say I’m surprised, but we all know that this is exactly the right choice. 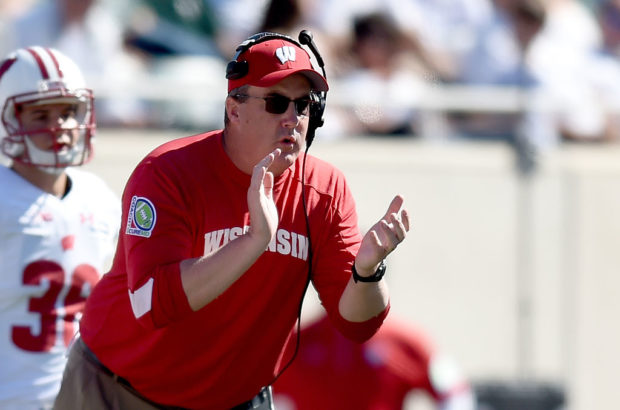 EAST LANSING, MI – SEPTEMBER 24: Paul Chryst, head coach of the Wisconsin Badgers, reacts on the sideline during the game against the Michigan State Spartans at Spartan Stadium on September 24, 2016 in East Lansing, Michigan. (Photo by Bobby Ellis/Getty Images)

Of course Chryst was going to win this award. He took a bunch of Midwest kids, athletes most major schools overlooked, and won the toughest conference in America (cry for me, SEC). Predicting this award was as easy as stealing candy from baby. 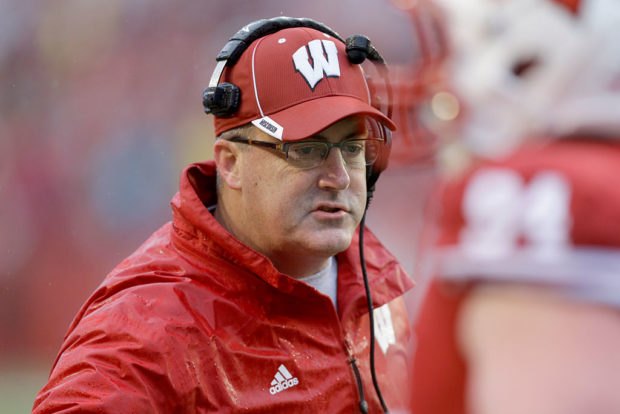 Head Coach Paul Chryst of the Wisconsin Badgers on the sidelines during the first half against the Rutgers Scarlet Knights at Camp Randall Stadium on October 31, 2015 in Madison, Wisconsin. (Photo by Mike McGinnis/Getty Images)

I’m often asked if winning so much as a Wisconsin man ever gets old. The honest answer is, it sometimes does, but this is the cross I must bear. I’m sure it’ll even be tougher to handle after we stomp all over Ohio State.

1
Bernie Loses It When Bloomberg Calls Him The 'Best Known Socialist' Who 'Happens To Be A Millionaire With Three Houses'
Politics
2
'It Was Called Communism, And It Just Didn't Work': Bloomberg And Sanders Spar Over Taxes And Wealth
Politics
3
Trump Supporters Carry WWII Vet To His Seat At Phoenix Rally
Politics
4
Pigeons Wearing MAGA Hats Released In Las Vegas
Politics
5
Bloomberg Says In Ad He Led NYC Through 9/11. He Became Mayor Months After The Attacks
Politics