There were some stunning excerpts released Wednesday from a new tell-all book, “Fire and Fury: Inside the Trump White House,” written by Michael Wolff.

Many of these stories involve the relationship between the president and his family. According to the book, Trump and Melania sleep in separate bedrooms and Jared and Ivanka want to someday run for president themselves.

However, one description of the first lady actually prompted a response from her personally. The anecdote describes how Melania was in tears of sorrow on election night imagining her unexpected life as the future first lady.

According to the book excerpt published by the New Yorker:

Shortly after 8 p.m. on Election Night, when the unexpected trend — Trump might actually win — seemed confirmed, Don Jr. told a friend that his father, or DJT, as he calls him, looked as if he had seen a ghost. Melania was in tears — and not of joy.

The account also claims that Trump was “horrified” at the unexpected result:

There was, in the space of little more than an hour, in Steve Bannon’s not unamused observation, a befuddled Trump morphing into a disbelieving Trump and then into a horrified Trump. But still to come was the final transformation: Suddenly, Donald Trump became a man who believed that he deserved to be, and was wholly capable of being, the president of the United States. 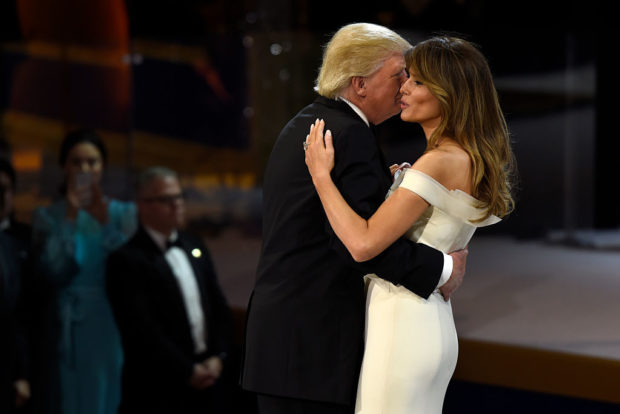 The president hit back hard at Bannon Wednesday in a statement, saying Bannon has “lost his mind:”

Steve Bannon has nothing to do with me or my Presidency. When he was fired, he not only lost his job, he lost his mind. Steve was a staffer who worked for me after I had already won the nomination by defeating seventeen candidates, often described as the most talented field ever assembled in the Republican party.

Now that he is on his own, Steve is learning that winning isn’t as easy as I make it look.

The First Lady also hit back as the claim that she was saddened by her husband’s election victory.

Stephanie Grisham, the communications director for the first lady, said in a statement that the book “is clearly going to be sold in the bargain fiction section.”

“Mrs. Trump supported her husband’s decision to run for President and in fact, encouraged him to do so,” Grisham said, “She was confident he would win and was very happy when he did.”