Former president Barack Obama called himself a “liberal Jew” at a private event Wednesday night, and Ben Shapiro didn’t like that one bit.

Obama has a mixed history with the nation of Israel and it’s leaders. The president was famous for butting heads with and publicly excoriating Israeli Prime Minister Benjamin Netanyahu during his time in office. Obama’s administration negotiated the infamous Iran Deal, which is loathed by leading Israeli politicians.

“If by this he means most liberal Jews don’t believe in basic Jewish tenets or care deeply about the safety and security of Israel, then yes.” 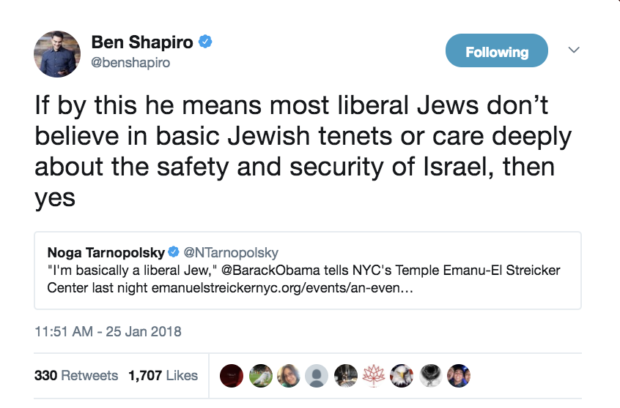 Shapiro is an Orthodox Jew himself and regularly advocates for pro-Israel policies.