Turns out Chrissy Teigen is extremely pregnant, and I’m slightly embarrassed I learned of this for the first time Sunday night during the Grammys.

I was watching the show, which was pretty enjoyable, when the camera panned to Teigen. Something appeared to be a little off with her appearance. I shot a snapchat of her to some people, and the responses ranged from “You’re an a**hole” to “how dumb are you?” 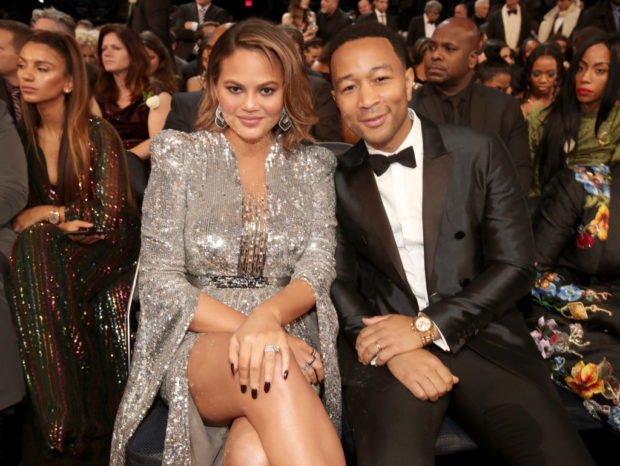 mama and her baby boy

I’ll admit that this is not a great look on my part. Not a good look at all. You can’t be on your way to taking over the throne of the internet, and then be firing of snapchats about Chrissy Teigen not realizing she’s pregnant.

In my defense, you could only see her upper body in the photo I sent out. I might not be the smartest guy to ever walk to this planet, but even I could have figured she was pregnant if I saw her full body. Nobody is that dumb.

Still — doesn’t matter. Hands up. I have to own that I had a MAJOR lack of knowledge on this situation. I guess we all have to take a loss from time to time. Otherwise, we’d all just get tired off all the winning. Maybe the reason I didn’t know is because while everybody is out there reading the tabloids, I’m building multiple film studios and producing content. I’m not making excuses for my screw up. These are simply facts and observations. Even Michael Jordan lost a game every once in awhile. Pretty sure he still retired with six championships.

So, yes, I admit that this was pretty embarrassing, but oh well. It certainly could have been worse.

1
Mitt Romney Booed At CPAC
US
2
Democratic Superdelegates Say They're Willing To Prevent Sanders From Becoming The Nominee
Politics
3
OLIVER: Bye, Bye, Bill Kristol
Opinion
4
Why Have The American People Decided To Throw Out Their Political Leaders And Start Over?
Politics
5
California Governor Gavin Newsom Says State Is Monitoring 8,400 Coronavirus Cases
US