This week, the establishment media suffered a series of major embarrassments and meltdowns, and we’re here to help you remember them all.

A number of media outlets breathlessly ran with the story that Nikolas Cruz, the gunman in a mass shooting this week at Marjory Stoneman Douglas high school in Parkland, Florida, had connections to a white nationalist group called “Republic of Florida.”

Based on an initial report from the Anti-Defamation League (ADL), a number of establishment media outlets breathlessly ran with the narrative Cruz was connected to a white supremacist group.

It spread like wildfire across social media, but was ultimately not true. Jordan Jereb, the Republic of Florida leader who originally claimed Cruz was a part of his group, said that it was a “misunderstanding.”

Associated Press wrote, “A white nationalist appears to have lied to The Associated Press and other news organizations when he claimed that Florida school-shooting suspect Nikolas Cruz was a member of his obscure group.” (RELATED: AP Admits It Got Duped By White Nationalist)

Republican Sen. Ted Cruz seriously embarrassed CNN Friday after they had been claiming that Ted Cruz, an opponent of gun control, was too “afraid” to come on CNN to talk about it. 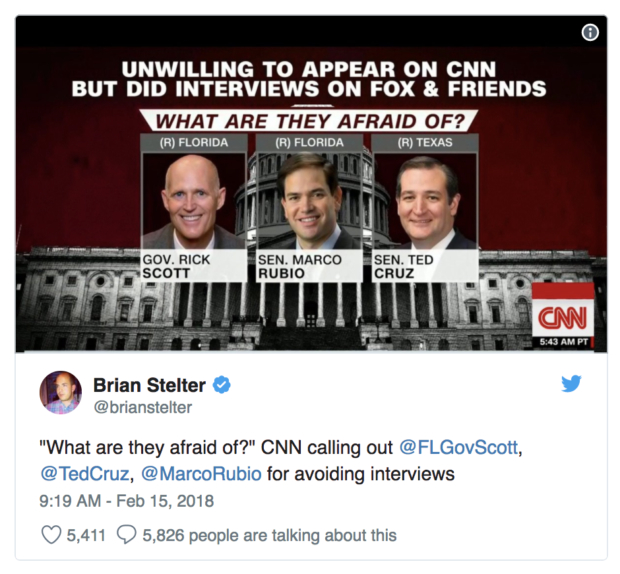 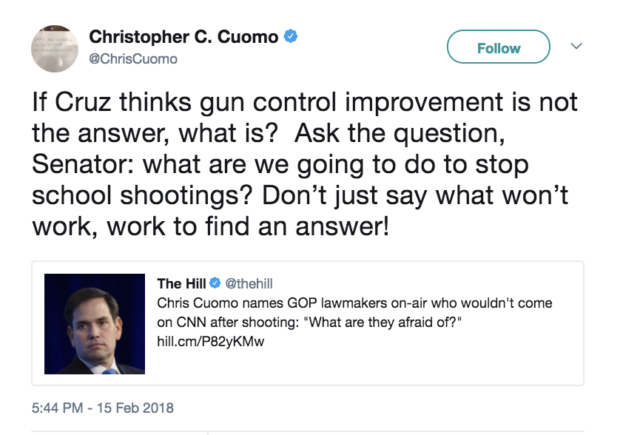 Cruz wrote back, “That’s funny, I spoke to CNN for 15 mins yesterday about proactive solutions to prevent gun violence (like passing the Grassley-Cruz bill—which Dems filibustered—that would add $300 million for school safety) yet CNN has aired NONE of it. Why not air the (entire) interview?” (RELATED: Ted Cruz Did A 15 Minute Interview With CNN – They Aired None Of It, Then Attacked Him For Not Coming On-Air) 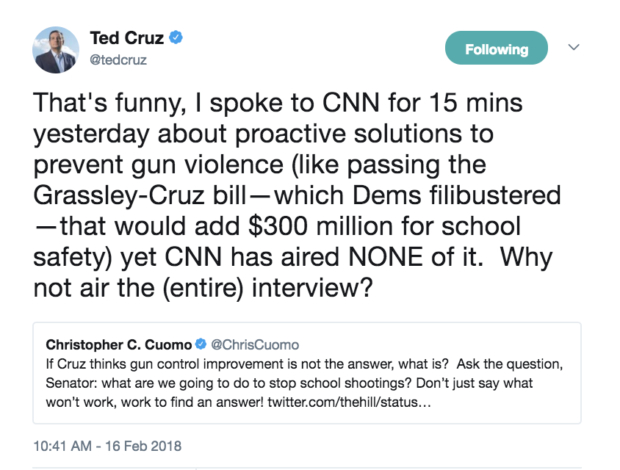 While many Americans find the Olympics a time to celebrate their country and feel patriotic, some in the media took it as an excuse to glorify the North Korean regime.

Kim Yo Jung, sister of brutal North Korean dictator Kim Jong Un, was the subject of glowing praise, as CNN declared she was “stealing the show at the Winter Olympics.”

Meanwhile, the Washington Post called her the ““Ivanka Trump of North Korea.”

ABC News and the New York Times also gushed over North Korea’s cheer squad. (RELATED: The Media Sides With North Korea Over The United States At The Olympics)

Even Joe Scarborough found the fawning a bit creepy, saying on air this week that “certain members of the national media” were  “treating the North Koreans arriving in South Korea much like the press and screaming teenage girls treated the Beatles landing at JFK 53 years ago.”

Finally, CNN suffered a major blow after their primetime ratings last week were a full 30 percent less than their ratings one year ago at the same time.