CNN was very upset that Republicans were not coming on their programming in the wake of the school shooting tragedy this week.

On Wednesday, a gunman opened fire at Stoneman Douglas High School in Parkland, Florida, killing 17. Brian Stelter — CNN’s human-egg hybrid — personally whined that GOP congressmen were “scared” to come on their programming after the tragedy. “What are they afraid of?” a CNN graphic flashed on “New Day.” 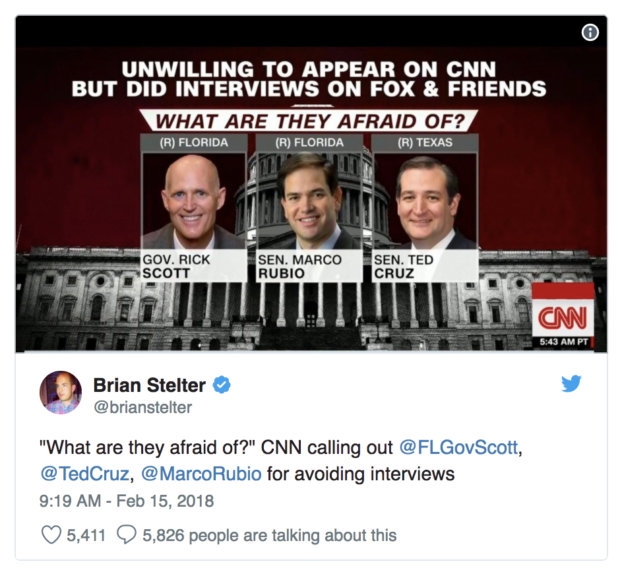 One of CNN’s most intellectual personalities, Chris Cuomo, joined in on the dog piling. Cuomo — who is definitely a respected journalist and not an activist — called out Ted Cruz for allegedly refusing to answer questions on the issue of gun control.

“If Cruz thinks gun control improvement is not the answer, what is?” Cuomo tweeted. “Ask the question, Senator: what are we going to do to stop school shootings? Don’t just say what won’t work, work to find an answer!” 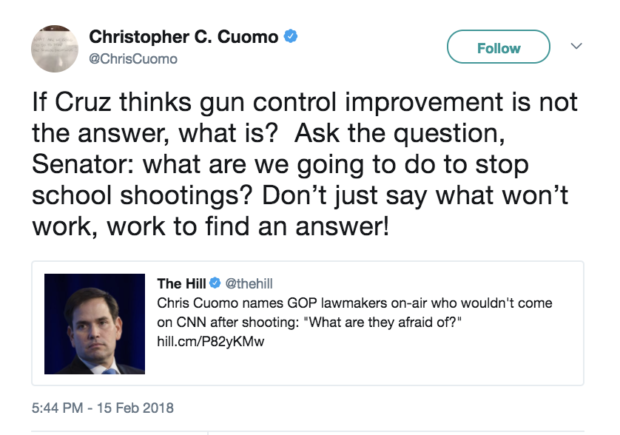 Cruz responded soon thereafter, fact-checking the serious CNN personality. Cruz said that he was on CNN for 15 minutes and CNN aired “NONE” of the interview.

That’s funny, I spoke to CNN for 15 mins yesterday about proactive solutions to prevent gun violence (like passing the Grassley-Cruz bill—which Dems filibustered—that would add $300 million for school safety) yet CNN has aired NONE of it. Why not air the (entire) interview? 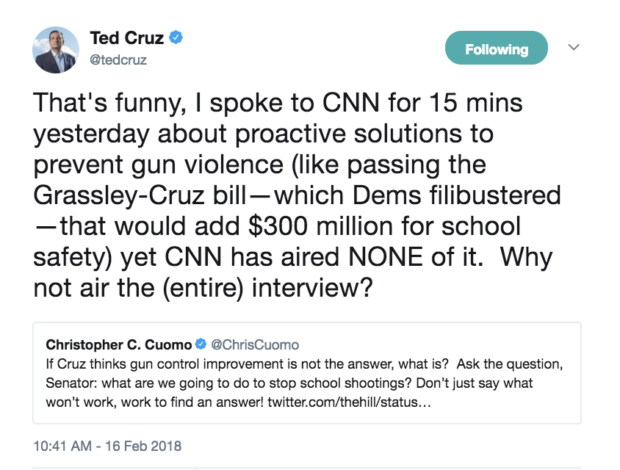 Cruz has been savaging CNN for misrepresenting their willingness to go on-air and defend Cruz’s position on the 2nd Amendment.  Catherine Frazier, his senior communications adviser, torched the network this week for complaining that Cruz would not come on when the network gave her office little to no notice before the hit: (RELATED: Cruz Spox Cracks Egg On Stelter’s Egg-Shaped Face) 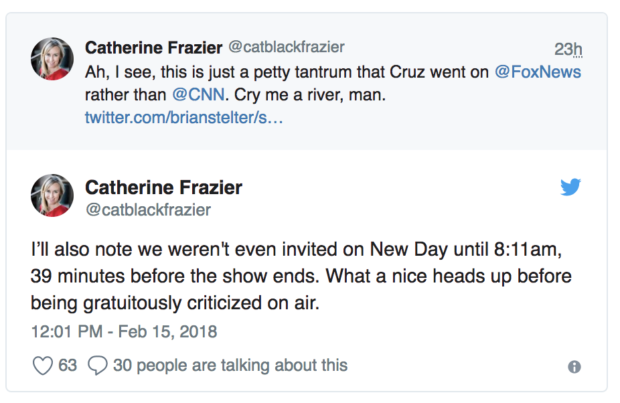 Cruz also reminded the network of this inconvenient truth: