Emily Ratajkowski usually isn’t shy about going topless, and her latest Instagram post has us wondering if she’s wearing anything at all.

The 26-year-old model shared a photo from the pool on Tuesday in which she appears to be skinny-dipping, but it’s hard to tell due to the reflection from the sun on the water. (SLIDESHOW: 18 Of Emily Ratajkowski’s Sexiest Moments On Camera)

A few days ago the beautiful brunette was slightly less subtle in showing some skin on the social media app. In another scandalous photo she posted on Sunday Ratajkowski clearly wasn’t wearing a top and was forced use her hands to cover up instead.

While the former Sports Illustrated Swimsuit model usually shocks her fans with her photos on Instagram, she also shocked them with the news of her surprise wedding a few weeks back.

Ratajkowski revealed in an Instagram story that she and Sebastian Bear-McClard got married at City Hall in New York City only a few weeks after they started dating. However, the wedding wasn’t as spontaneous as it sounds, according to The Daily Mail. Apparently the pair have known each other for years. 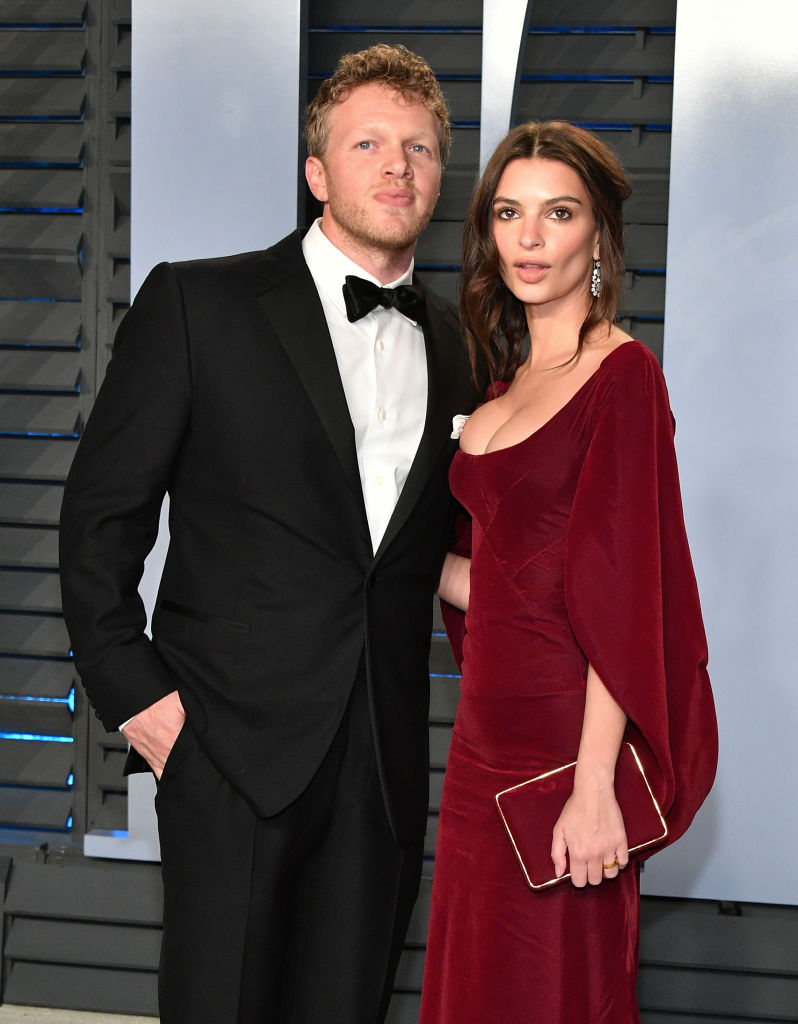 The newlyweds made their first public appearance together as a married couple when they attended the Vanity Fair Oscars party on Sunday.