Most of the reactions to the news of the death of former First Lady Barbara Bush were what you’d expect — expressions of grief and admiration for a woman who was not only married to a President, but the mother to another. Most, but not all, reactions were sympathetic. One in particular was morbidly celebratory. An English professor at Fresno State University did not share people’s sympathies, she gloated about how happy she was that Mrs. Bush had passed.

Randa Jarrar, professor of English at Fresno State, tweeted, “Barbara Bush was a generous and smart and amazing racist who, along with her husband, raised a war criminal. Fuck outta here with your nice words.” 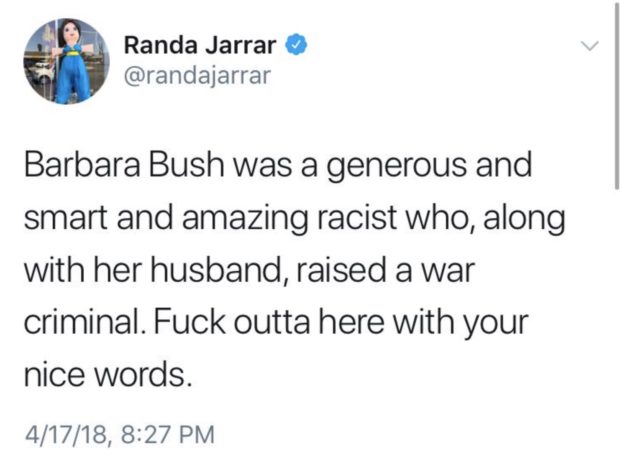 Inevitably, Jarrar received blowback for her grotesque comments. But rather than express regret for her callousness, she reveled in the disgust of others. 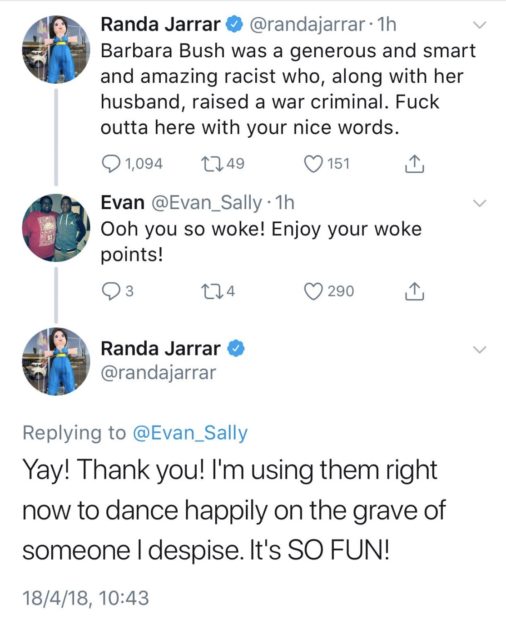 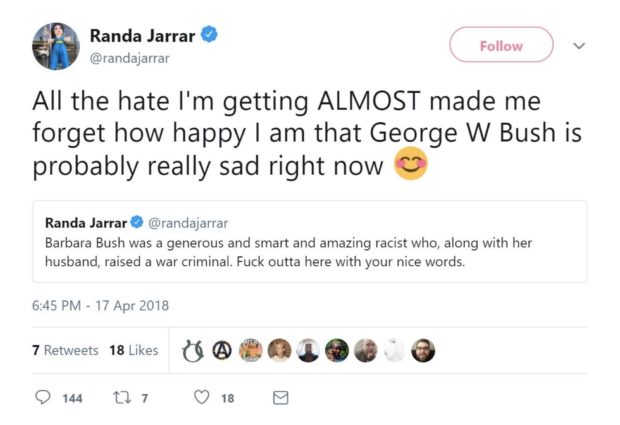 In the face of criticism that tagged her employer, Jarrar bragged about how much money she makes and that she “will never be fired” because she has tenure. 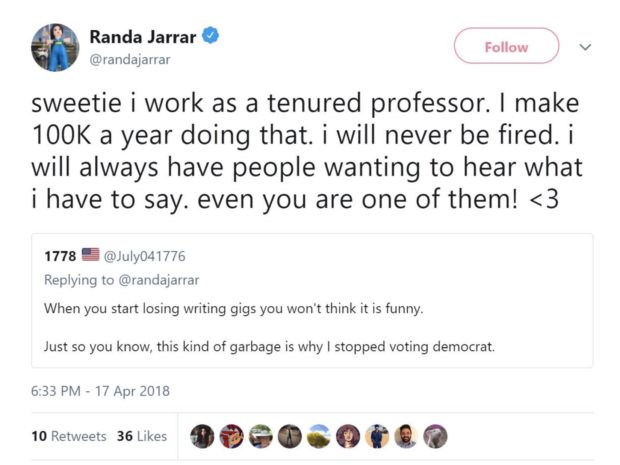 The President of Fresno State, Joseph Castro, moved quickly to distance himself from the comments of Jarrar, expressing condolences to the Bush family and adding that “Her statements were made as a private citizen, not as a representative of Fresno State.”

Further, Castro slammed Jarrar by saying her comments “are obviously contrary to the core values of our University, which include respect and empathy for individuals with divergent points of view, and a sincere commitment to mutual understanding and progress.”

After bragging about her salary and tenure, and restating her pride in her statements on Mrs. Bush’s death, Jarrar protected her tweets by making them private.