Democrats should stop trying to win over white Republican voters, according to several prominent liberal writers.

That was the point of a column Washington Post writer Paul Waldman wrote on Tuesday, which liberal journalists approvingly circulated on social media, adding their agreement.

“In the endless search for the magic key that Democrats can use to unlock the hearts of white people who vote Republican, the hot new candidate is ‘respect,'” Waldman snarked. “If only they cast off their snooty liberal elitism and show respect to people who voted for [President] Donald Trump, Democrats can win them over and take back Congress and the White House.”

The problem isn’t Democrats, according to Waldman — it’s that Trump voters are too uninformed to vote for Democrats.

“The right has a gigantic media apparatus that is devoted to convincing people that liberals disrespect them, plus a political party whose leaders all understand that that idea is key to their political project and so join in the chorus at every opportunity,” he argued.

Waldman advised Democrats to keep in mind “that white Republicans are not going to vote for you anyway, and their votes are no more valuable or virtuous than the votes of any other American.”

A key component of Waldman’s column was Democrats are already sufficiently respectful of white working class Republicans. (RELATED: Hillary Clinton: Half Of Donald Trump’s Supporters Come From ‘Basket Of Deplorables’)

The Republican base “seems too dumb to realize that even with Donald Trump rampaging through the White House, ‘the establishment’ is doing just fine, if you define it as the economic elite that so skillfully works the system in Washington no matter how dysfunctional things get,” he argued in an April 18 column. “In fact, the establishment has never had it better.”

His colleague on The Post’s opinion side, Greg Sargent, described Waldman’s column as a “takedown of the idea that Democrats don’t do enough to win the ‘respect’ of Trump voters.” (RELATED: Bill Clinton Mocked Working Class Voters At Private Fundraiser) 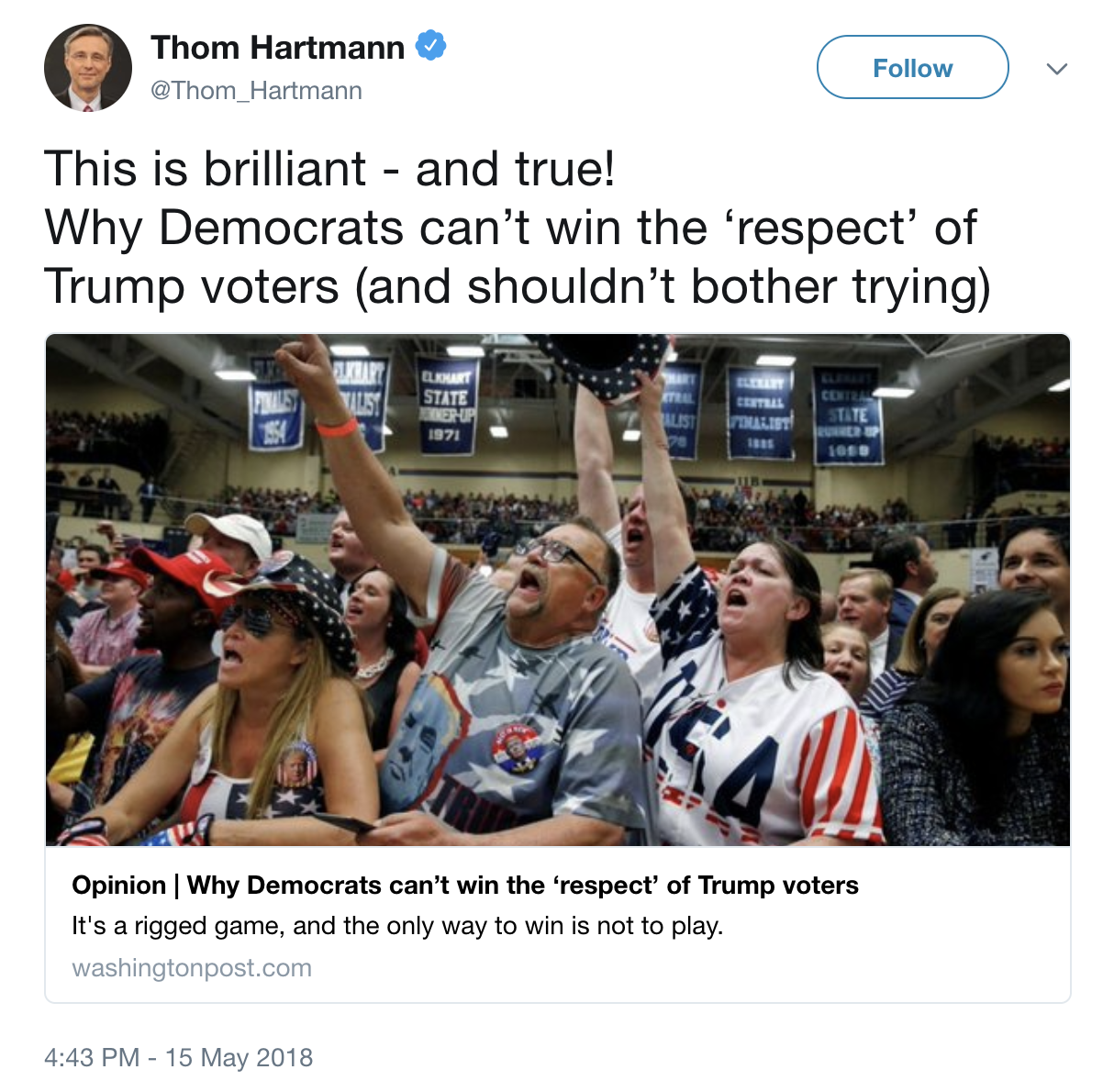 [“This is brilliant – and true!” (Screenshot/Twitter)] 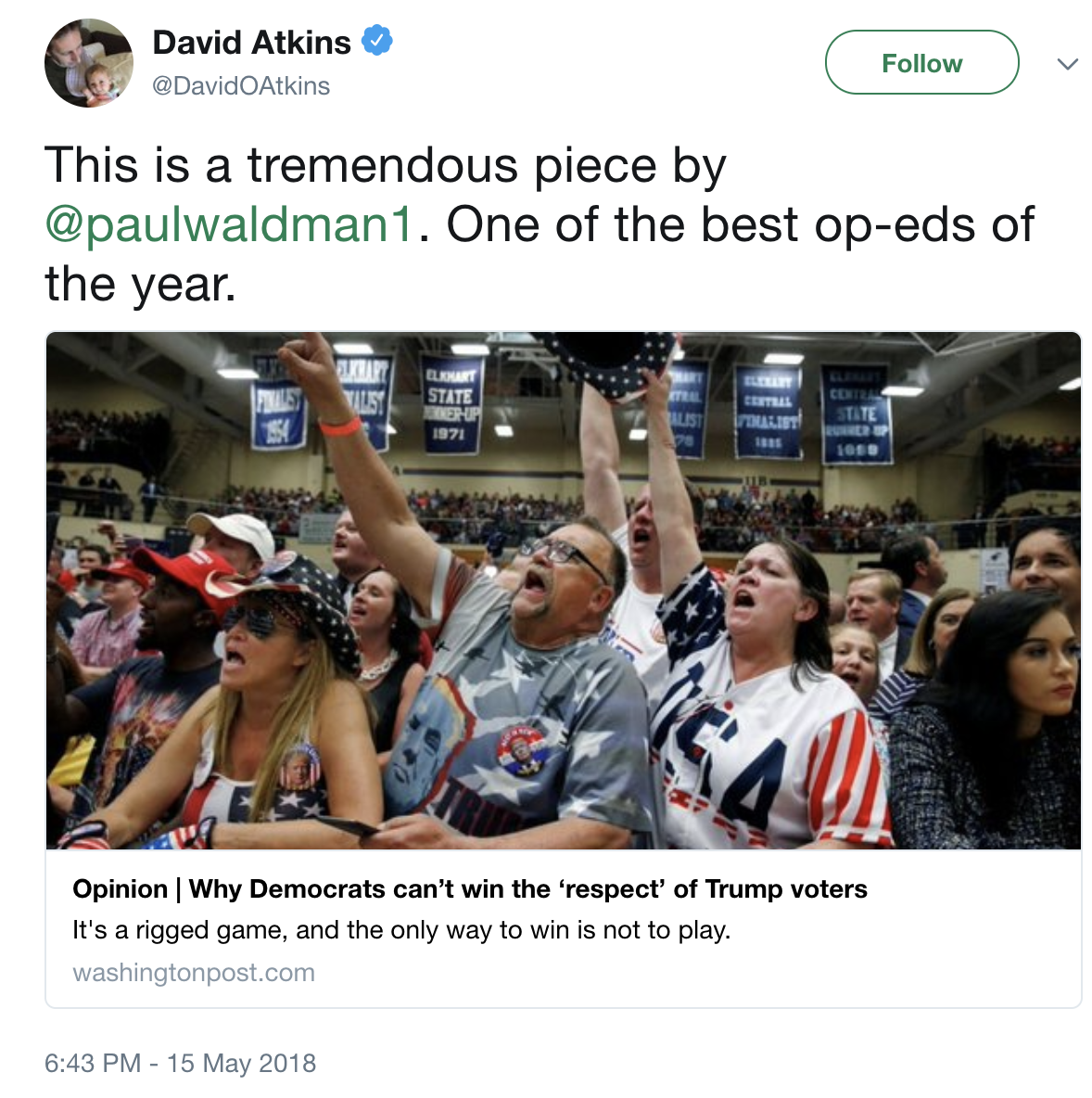 [“One of the best op-eds of the year.” (Screenshot/Twitter)]

Vox writer David Roberts praised the column’s dismissiveness of white Trump voters. Those voters won’t support Democrats because they are simply too uninformed, Roberts argued in a 20-tweet long thread.

“Democrats have virtually no control whatsoever over what rural & suburban whites (R&SW) hear. None,” Roberts claimed. “It doesn’t *matter* what they say, what attitude they take, the tone they use, the message they craft. They have no way of reaching those R&SW directly.” Instead, Roberts said, Democrats should focus on “power and policy.”

“That’s all that matters,” he concluded. “Power and policy.”