NFL star Terrell Owens has declined his invitation to the Pro Football Hall of Fame induction ceremony in Canton, Ohio, this coming August.

“I am so grateful for all of the support my family, friends, and certainly my fans, have shown me throughout my entire career in the National Football League. When it was announced that I was going to be inducted into the Pro Football Hall of Fame, the response received from my fans was overwhelming, and I am truly humbled. I am honored to be included among this group of fellow inducted individuals,” the 44-year-old six-time Pro Bowler explained Thursday, according to NFL.com. 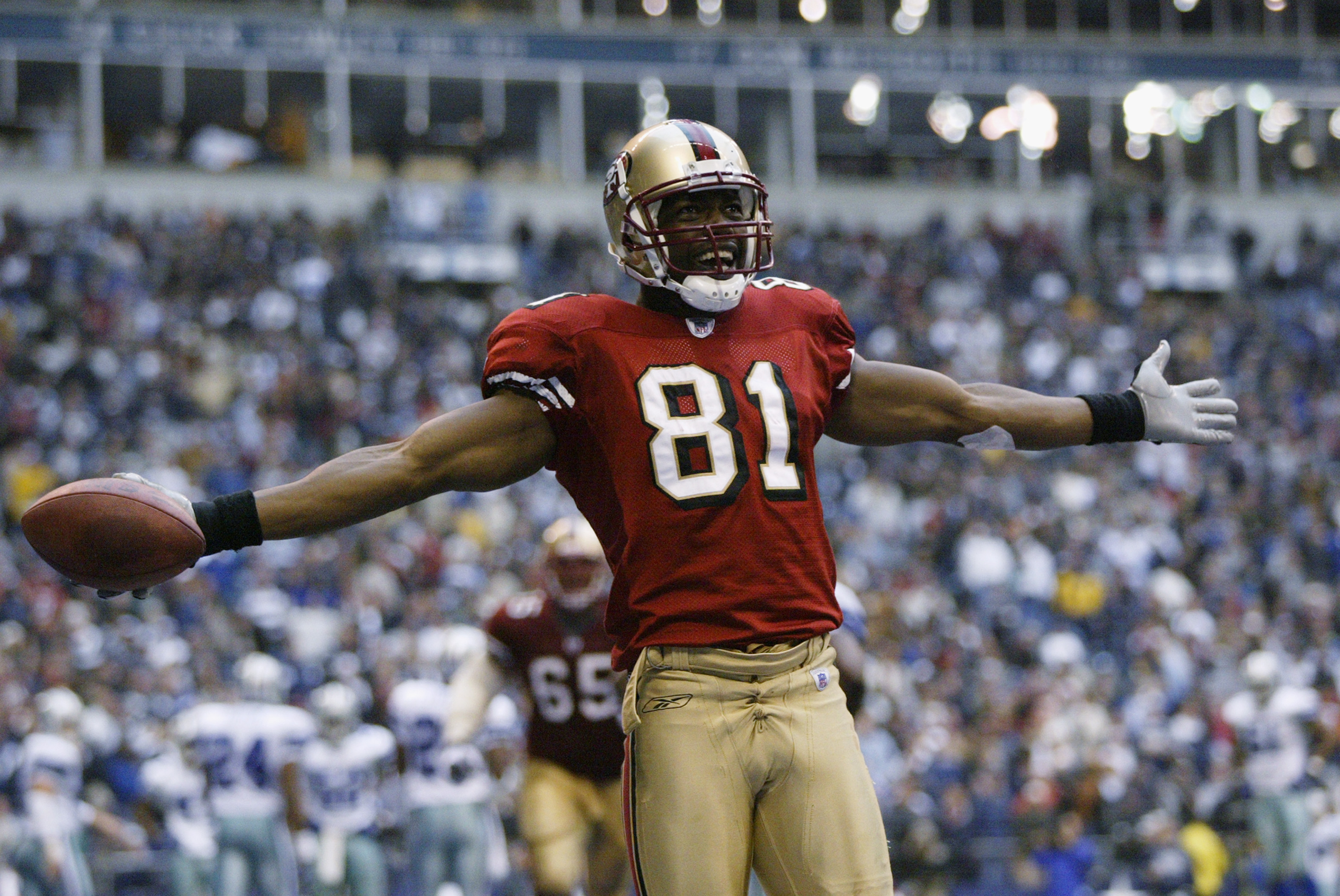 Wide receiver Terrell Owens #81 of the San Francisco 49ers celebrates in the end zone after scoring a touchdown against the Dallas Cowboys with 12 seconds left on December 8, 2002 at Texas Stadium in Irving, Texas. The 49ers beat the Cowboys 31-27. (Photo by Brian Bahr/Getty Images)

“While I am incredibly appreciative of this opportunity, I have made the decision to publicly decline my invitation to attend the induction ceremony in Canton,” he added. “I have already shared this information with the Hall. After visiting Canton earlier this year, I came to the realization that I wish to celebrate what will be one of the most memorable days of my life elsewhere. At a later date, I will announce where and when I will celebrate my induction.”

“I would also like to thank the San Francisco 49ers, the Philadelphia Eagles, the Dallas Cowboys, the Buffalo Bills and the Cincinnati Bengals for the time I was granted with each organization,” he continued.

“I am thankful for the relationships forged and the lessons learned while part of each team. I wish to congratulate all past, current and future inductees. It is quite an honor to be part of such elite company. This honor is something that I will cherish forever.”

The move to not attend the annual celebration is “unprecedented.” As Pro Football Hall of Fame president and CEO David Baker explained in a statement:

“We are disappointed but will respect Terrell’s decision not to participate in the Enshrinement. While unprecedented, the Pro Football Hall of Fame, the nearly 5,000 volunteers and the entire community are committed to celebrating the excellence of the Class of 2018 that will kick off the NFL’s 99th season.”

“As we do not want to detract from this great honor being enjoyed by the seven other members of the Class of 2018 (Bobby Beathard, Robert Brazile, Brian Dawkins, Jerry Kramer, Ray Lewis, Randy Moss and Brian Urlacher), their family, friends, and fans; the Pro Football Hall of Fame will have no further comment on the decision made by Terrell Owens.”