Shia LaBeouf has relaunched his infamous “He Will Not Divide Us” on Friday after the “art project” kept getting disrupted by online and in real life trolls, forcing the movie star to relocate it for the seventh time.

The website, hewillnotdivide.us, has a 24-hour live stream this time from the Muzeum Sztuki in Łódź, Poland, for the exhibition “Peer-to-Peer. Collective Practices in New Art,” according to the website.

“Open to all, 24 hours a day, seven days a week, the participatory performance will be live-streamed continuously for four years, or the duration of the presidency. In this way, the mantra ‘HE WILL NOT DIVIDE US’ acts as a show of resistance or insistence, opposition or optimism, guided by the spirit of each individual participant and the community,” the art project description reads.

So far one of the first people to confront the live stream stood in front of the camera for at least five hours at the time of publication.

The project was also supported by many celebrities including Will Smith’s son, Jaden Smith, who expressed his support in a tweet on Friday.

Shia LaBeouf was charged with misdemeanor assault when someone trolled him at the New York museum, Rolling Stone reported on Jan. 26, 2017.

After the project was shut down for the first time by trolls, LaBeouf relocated it to a wall outside the El Rey Theater, Albuquerque, N.M., on Feb. 18, 2017, but it was quickly shut down after more trolling.

Then LaBeouf attempted to move it to a location where the project couldn’t be messed with by trolls on March 8, 2017, by simply live streaming a white flag with phrase “HE WILL NOT DIVIDE US” written on it.

When LaBeouf posted pictures of him in a rental cabin, 4chan users matched wood patterns to the precise location of the rental cabin. Then 4chan users were able to determine its more general location using the whether, plane routes, and star patterns.

Then someone drove around in a car, honking the car’s horn, and that person was notified if the horn was getting louder or quieter in the livestream.

After they found the exact location, someone then replaced the flag with a red MAGA hat. (RELATED: NASA Shuts Down Science Competition’s Online Voting After 4chan Trolls Them) 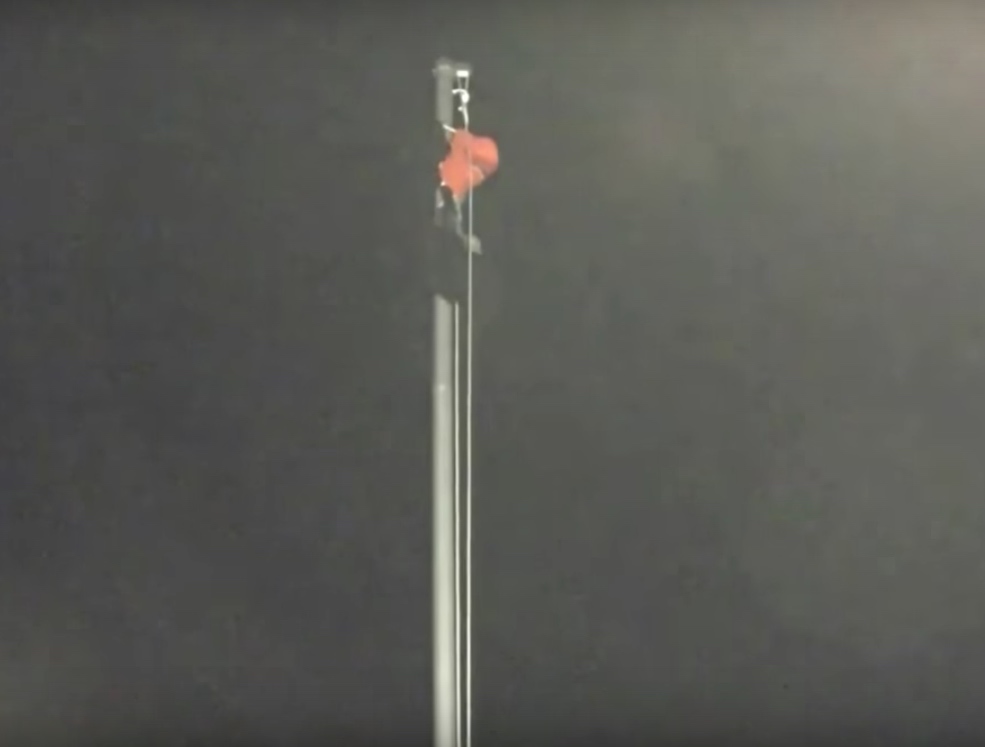