Susan Sarandon broke royal protocol during her Sunday visit to England when she met Queen Elizabeth.

The 71-year-old actress didn’t wait to be introduced, as is tradition, and instead walked right up to the queen and Prince Phillip during the Royal Windsor Cup polo match and reached out her hand to the members of the royal family, according to the Daily Mirror Tuesday. (RELATED: Even Susan Sarandon Says President Hillary Would Have Been ‘Dangerous’) 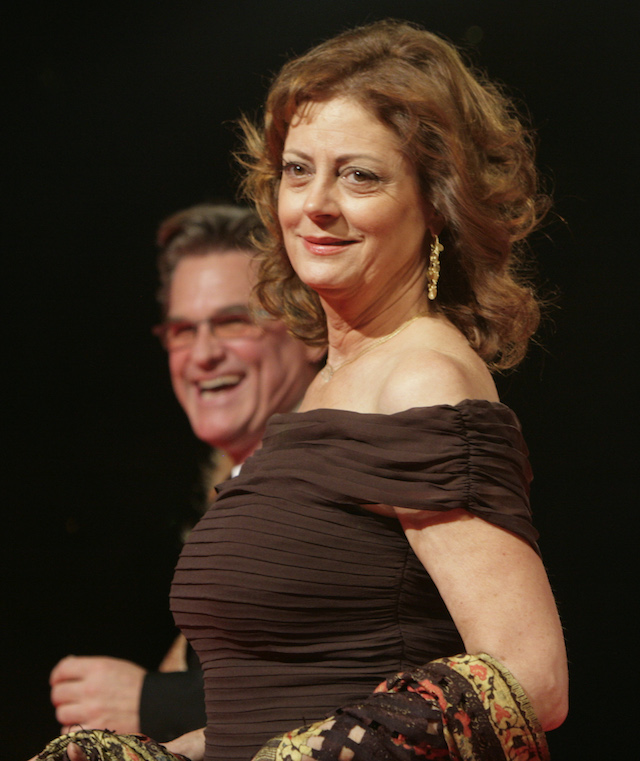 Pictures that surfaced from the day, show the actress taking the queen’s hand and curtsying to both leaders.

Normal royal protocol dictates that a person must wait to be introduced to the queen before taking it upon oneself to do so. (RELATED: Susan Sarandon: Clinton Is More Dangerous Than Trump [VIDEO])

The monarch did not seem too upset about the faux pas and can be seen in the pictures with the “Thelma and Louise” star smiling. Prince Phillip, however, appeared to not recognize Sarandon, according to People magazine.

As the report also noted, the “Bull Durham” star was wearing a white dress with a plunging neckline to the match and most likely gave both members of the royal family an eyeful.

The Royal Windsor Cup is the oldest tournament that takes place on the Windsor grounds and one of the biggest polo tournaments in the world.