Potential 2020 Democratic presidential candidates are divided over whether to abolish U.S. Immigration and Customs Enforcement (ICE), which is charged with enforcing the nation’s immigration laws. 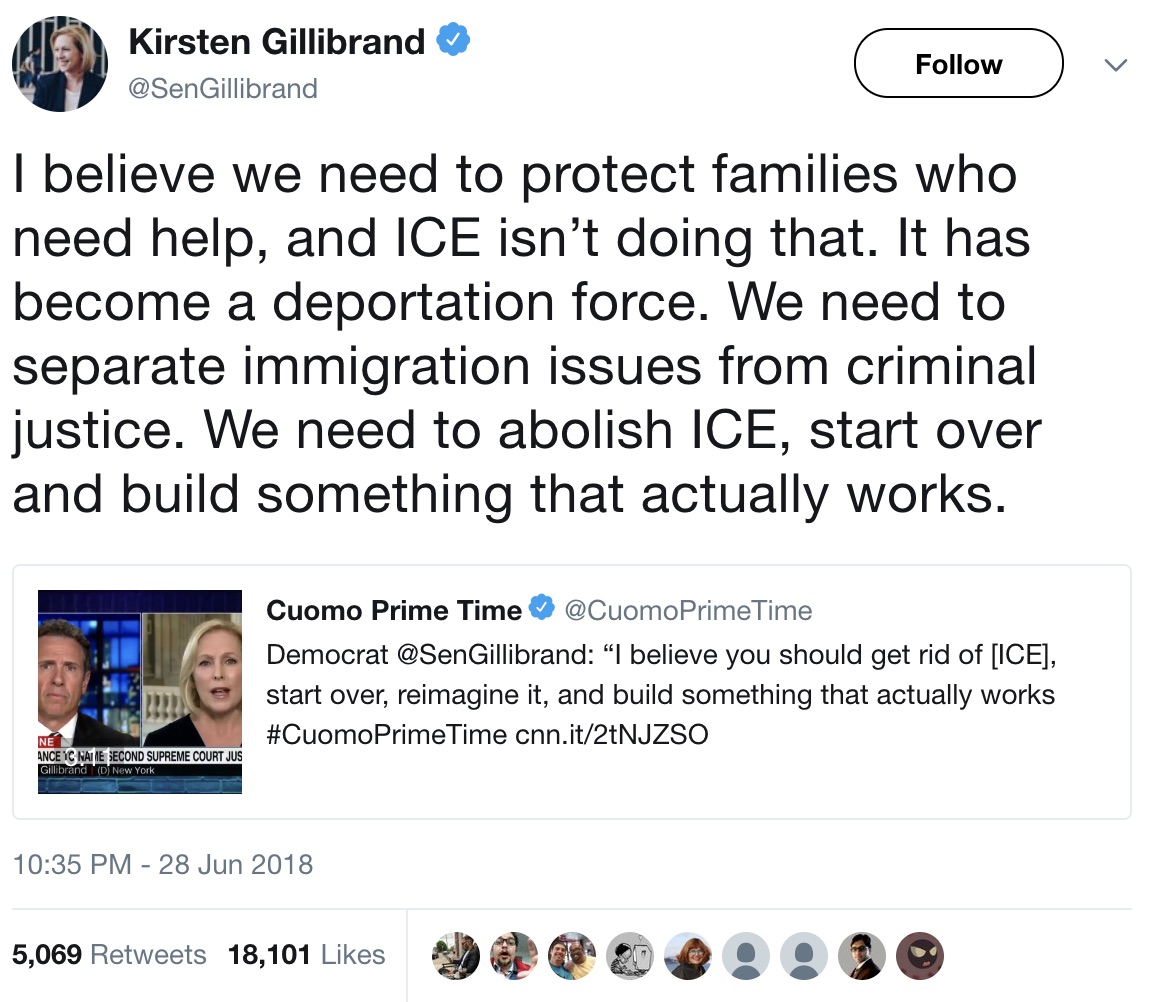 Other Democrats have taken a more cautious approach.

Democratic New Jersey Sen. Cory Booker dodged on Monday when asked about abolishing ICE. “What do you say to people, including the president, who say that [abolishing ICE] is absolutely crazy?” the senator was asked in a Fox5 interview. (RELATED: These Leftists Want Democrats To Pack The Supreme Court Once Trump Is Gone)

“Well, what’s crazy is the administration having policies that even Republicans criticize, not just separating families, abolishing [Deferred Action for Childhood Arrivals] and making ‘Dreamers’ who only know this country insecure. We’ve seen in New Jersey, parents who have been in this country 20 years ripped away from their children and deported who pose no threat to our communities whatsoever,” Booker said, declining to say whether ICE should remain as an agency.

“We need to have a strategy and a plan. By the way, I don’t care what you call it, if this administration is running the show, they’re going to be doing things that violate our values. We need to have a comprehensive immigration reform plan — forget the different tactical parts of it — but that supports our values, affirms who we are [and] keeps us safe,” Booker said.

Vermont Sen. Bernie Sanders on June 24 enraged some liberal journalists when he declined to call for ICE’s abolition. Like Booker, Sanders dodged the question, calling instead for “policies which deal with immigration in a rational way.” Sanders is technically an Independent but caucuses with the Democrats and ran for president as a Democrat in 2016.

Democratic California Sen. Kamala Harris has also tried to walk a fine line when discussing ICE. Harris sparked a backlash in March when she said that ICE should “certainly” exist.

In the four months since then, Harris’ party has moved further to the left and the California senator has modified her answer. Harris called for changes to ICE  on June 25 but again declined to say the agency should be scrapped altogether.

“I think there’s no question that we’ve got to critically re-examine ICE and its role and the way that it is being administered and the work it is doing,” she said on MSNBC. “And we need to probably think about starting from scratch.”