The woman filed a police report, alleging the 52-year-old comedian squeezed her buttocks twice as he walked past her and made lewd comments, according to TMZ. His arraignment is scheduled for July 18. 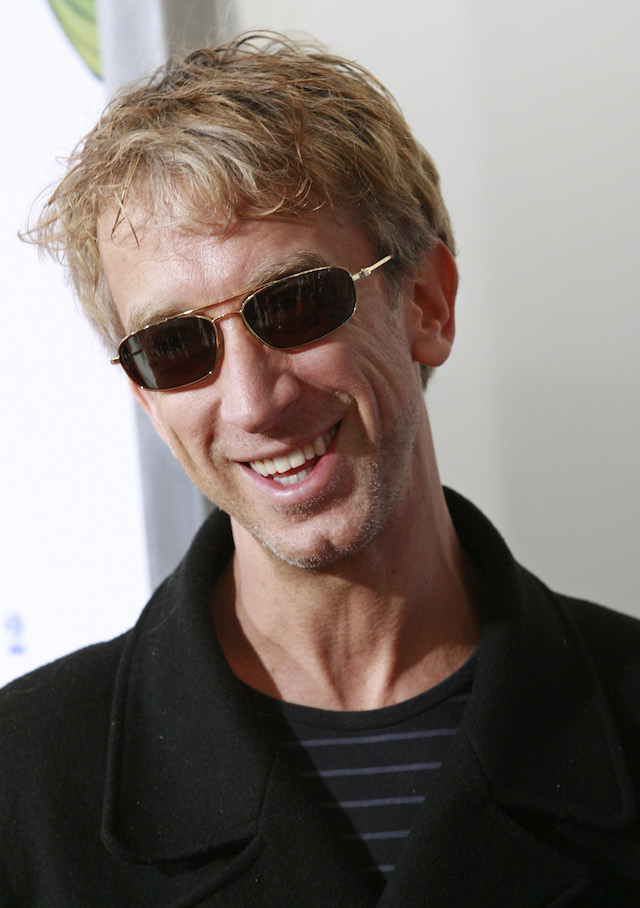 Actor Andy Dick poses for photographers at the premiere of “Happily N’Ever After” in Los Angeles December 16, 2006. REUTERS/Gus Ruelas

The newly surfaced video stems from a roast on Comedy Central in 2005 for the “Baywatch” star and shows the 52-year-old comedian walking up to the actress and pretending to be a plastic surgeon before grabbing her breast stating “how well-engineered they were,” according to Fox News Friday.

“This is all standard procedure,” Dick explained to the audience as Anderson appeared shocked, but laughs along.

“Oh baby, I’m so sorry,” singer Courtney Love — who was part of the roast — can be overheard saying.

“Don’t worry, she can’t feel any of this,” the comedian added.

Fill in the blank! Andy Dick is…. https://t.co/OzuUogvPcT

To which Anderson quickly replied, “I can so.”

Afterward, he attempts to grab and unbutton the rocker’s top, but she stops him by standing up and slapping him across the face.

In another video that surfaced Wednesday from an episode of “Jimmy Kimmel Live” in 2007, Dick is a guest with Ivanka Trump and can be seen rubbing her legs before she slaps them away.

“Andy, please don’t,” Kimmel explained. “Donald Trump will kill both of us.”

The talk show host later told “Extra” after the incident, that the comedian “came out, he wanted a big, wet kiss. It was time for Andy to go, so I escorted him out by his feet.” Adding, that Dick was “a little out of it.”

In December 2017, the comedian addressed the incident on his Instagram and said he “mistakenly thought” Ivanka would date him.

“The time I ‘groped’ Trump’s daughter, Ivanka, on Jimmy Kimmel Live. Her legs were sparkling, and I was trying to see if the glitter would wipe off. I also mistakenly thought she would date me. I was jokingly carried off by security. Is anybody going to carry Trump off? No joke. Confusing times,” Dick wrote.