“Guardians of the Galaxy” director James Gunn was removed from the third installment of the Marvel franchise after old tweets resurfaced that appeared to be racist, homophobic and pro-pedophilia.

“The offensive attitudes and statements discovered on James’ Twitter feed are indefensible and inconsistent with our studio’s values, and we have severed our business relationship with him,” a statement from Walt Disney Studios chairman Alan Horn read, according to the Hollywood Reporter Friday. 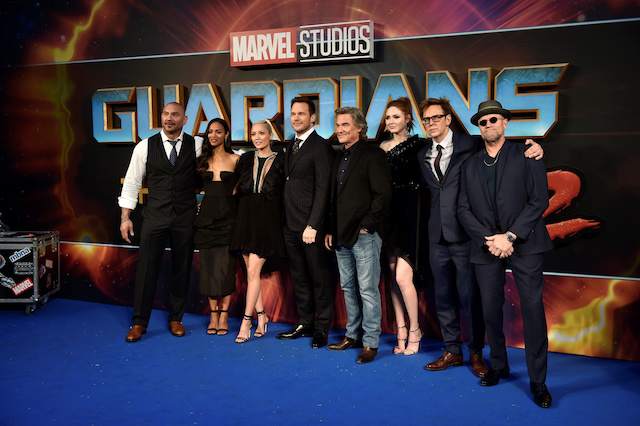 The Daily Caller News Foundation reported on the deleted posts Thursday. In response, Gunn tweeted that he used to “make a lot of offensive jokes,” but was no longer that way.

“Many people who have followed my career know when I started, I viewed myself as a provocateur, making movies and telling jokes that were outrageous and taboo. As I have discussed publicly many times, as I’ve developed as a person, so has my work and my humor,” Gunn tweeted, before explaining that he’s “very, very different than I was a few years ago.”

2. It’s not to say I’m better, but I am very, very different than I was a few years ago; today I try to root my work in love and connection and less in anger. My days saying something just because it’s shocking and trying to get a reaction are over.

3. In the past, I have apologized for humor of mine that hurt people. I truly felt sorry and meant every word of my apologies.

4. For the record, when I made these shocking jokes, I wasn’t living them out. I know this is a weird statement to make, and seems obvious, but, still, here I am, saying it.

5. Anyway, that’s the completely honest truth: I used to make a lot of offensive jokes. I don’t anymore. I don’t blame my past self for this, but I like myself more and feel like a more full human being and creator today. Love you to you all.

The director was previously scheduled to appear Friday at Sony’s panel during the 2018 Comic-Con event in San Diego to unveil some new project he was working on. But shortly after news broke about his firing, it was reported that he would “no longer be participating.”

“Guardians of the Galaxy Vo.l 3” was previously expected to hit theaters in 2020. There has been no word yet on his replacement.