Madonna suggested that she moved herself and her four kids out of America to Portugal to escape President Donald Trump.

Though she didn’t specifically name Trump, the 59-year-old pop singer said she and her family felt like they “needed a change.”

She continued, “I wanted to get out of America for a minute — as you know, this is not America’s finest hour,” according to a piece Wednesday from her Vogue Italia interview. (RELATED: Donald Trump: Madonna Is ‘Disgusting–Disgraceful To Our Country’) 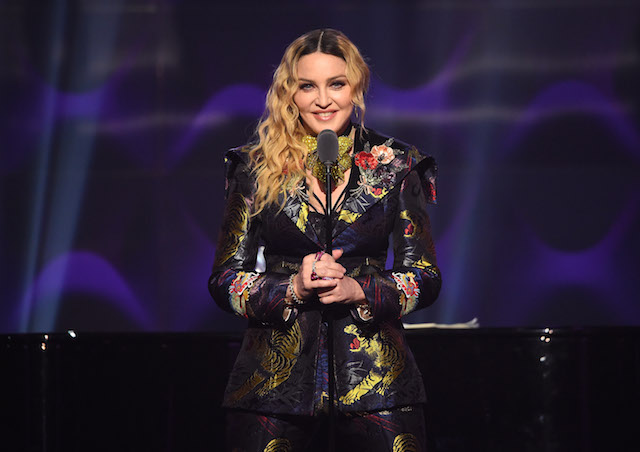 Madonna speaks on stage at the Billboard Women in Music 2016 event on December 9, 2016 in New York City. (Photo by Nicholas Hunt/Getty Images for Billboard Magazine)

“Not that leaving America makes anything different or changes anything,” she added. “I’ve lived in other places; I lived in London for 10 years. I like to put myself in uncomfortable situations and take risks.” (RELATED: Madonna On Trump: ‘We Have Gone As Low As We Can Go’)

The comments stem from her cover piece for the magazine’s August issue where she also shared that her 12-year-old son David has always dreamed about playing professional soccer and the “best academies with the best coaches” weren’t in the United States.

“My son David, who is going to be 13 on September 24th, has wanted to play soccer professionally for years,” Madonna shared. “I’ve been desperate to get him into the best academies with the best coaches, but the level of football in America is much lower than the rest of the world. I saw his frustration, and I also felt it was a good time.”