Deborah Knight is a news presenter for the down under network. She’s a guest host for something called “The Today Show” which is hailed as the country’s longest running breakfast program.

In 2017, Knight opened up about her taxing 14 rounds of IVF to conceive her first two children followed by a third child who surprisingly arrived naturally.

“I look back at myself then and I think I was such a sad person,” she told a site called Mamamia. “I was deeply quite distressed about the road my life might take. Quite different to what I’d envisaged. I was a very different person then and I put a lot of that and those experiences into a compartment.”

Like Knight, Brzezinski has opened up about personal issues such as food, self-esteem and “knowing her value.” She even wrote a book detailing her eating disorder called Obsession: America’s Food Addiction — And My Own.

For instance, she once opened up to People Magazine about salivating at the smell of french fries and “voraciously” eating large Dominos pizzas. 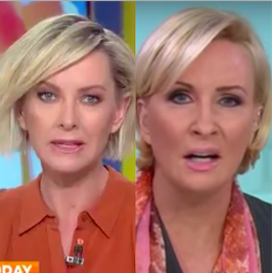