President Trump gathered some of America’s most successful and influential business leaders for dinner at his golf club in Bedminster, New Jersey, Tuesday night.

The president held the dinner to hear directly from American industry leaders about how to keep the American economy booming and maintain the historically low unemployment the nation is currently experiencing.

The president touted some of his economic achievements since taking office and then let some of the business leaders in the room speak, one of whom was a man named Jim Koch.

Koch is the chairman of the Boston Beer Company, which produces Sam Adams beer. Koch was called on by Trump to say a few words, and he did not miss his chance to rep his product.

Koch stood up holding his beer and said, “I’m not quite sure why I’m here. I’m like the smallest company, by far,” Koch continued. “I’m Jim Koch, and I started making Sam Adams beer in my kitchen 37 years ago. Tonight, it’s the designated drink.”

The room burst into applause as Koch chugged his beer. “At least I brought the beer,” Koch said to loud laughs. 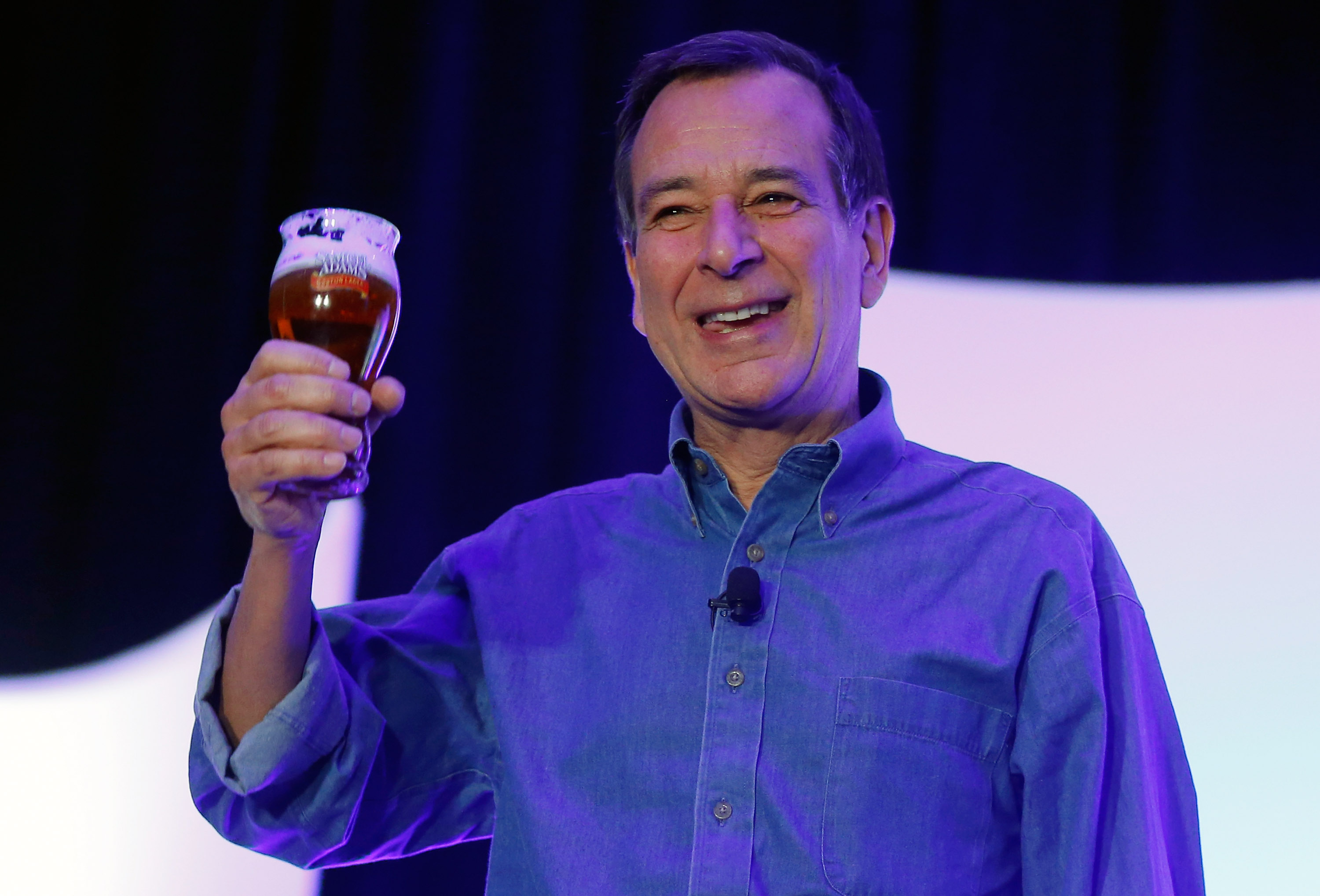 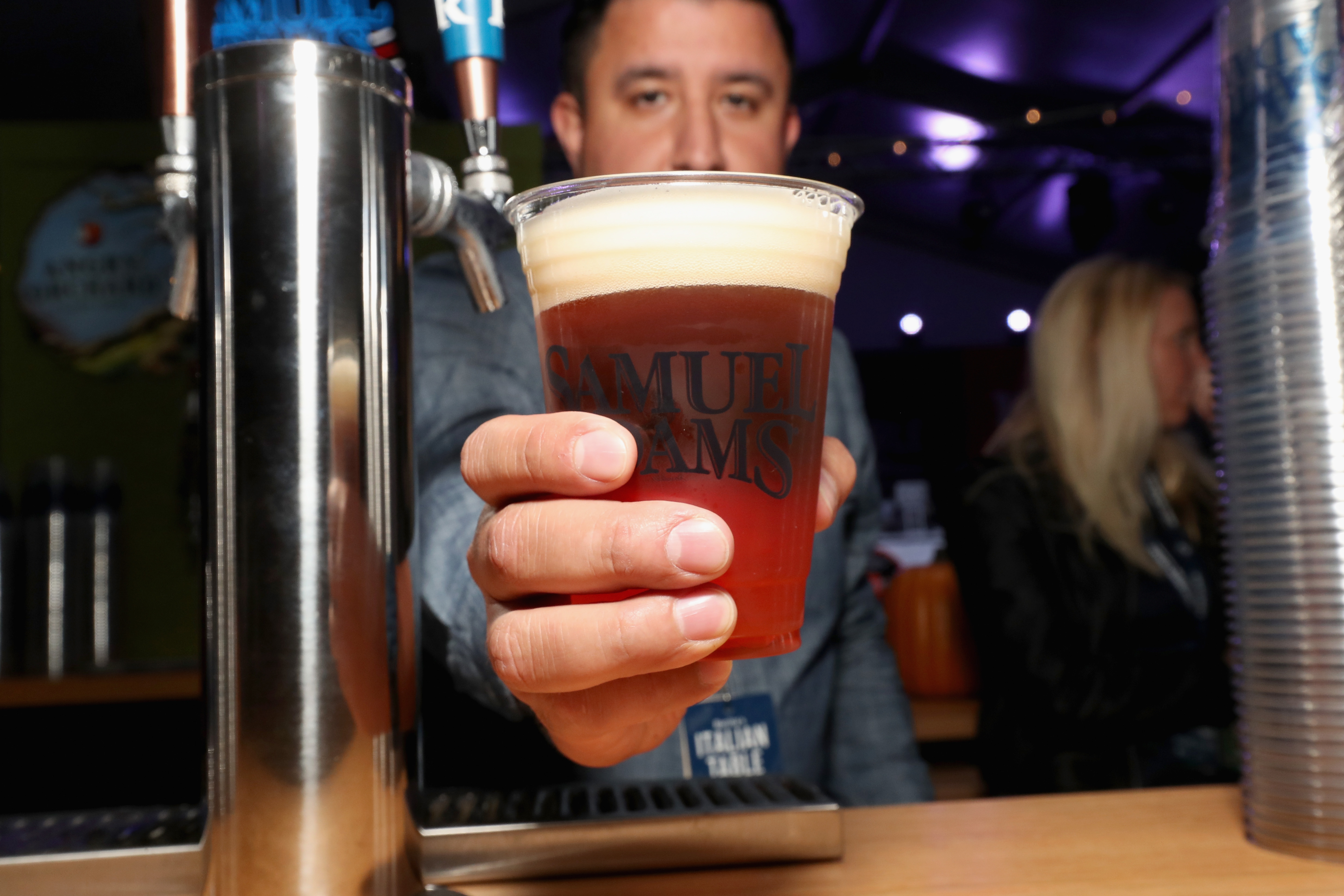 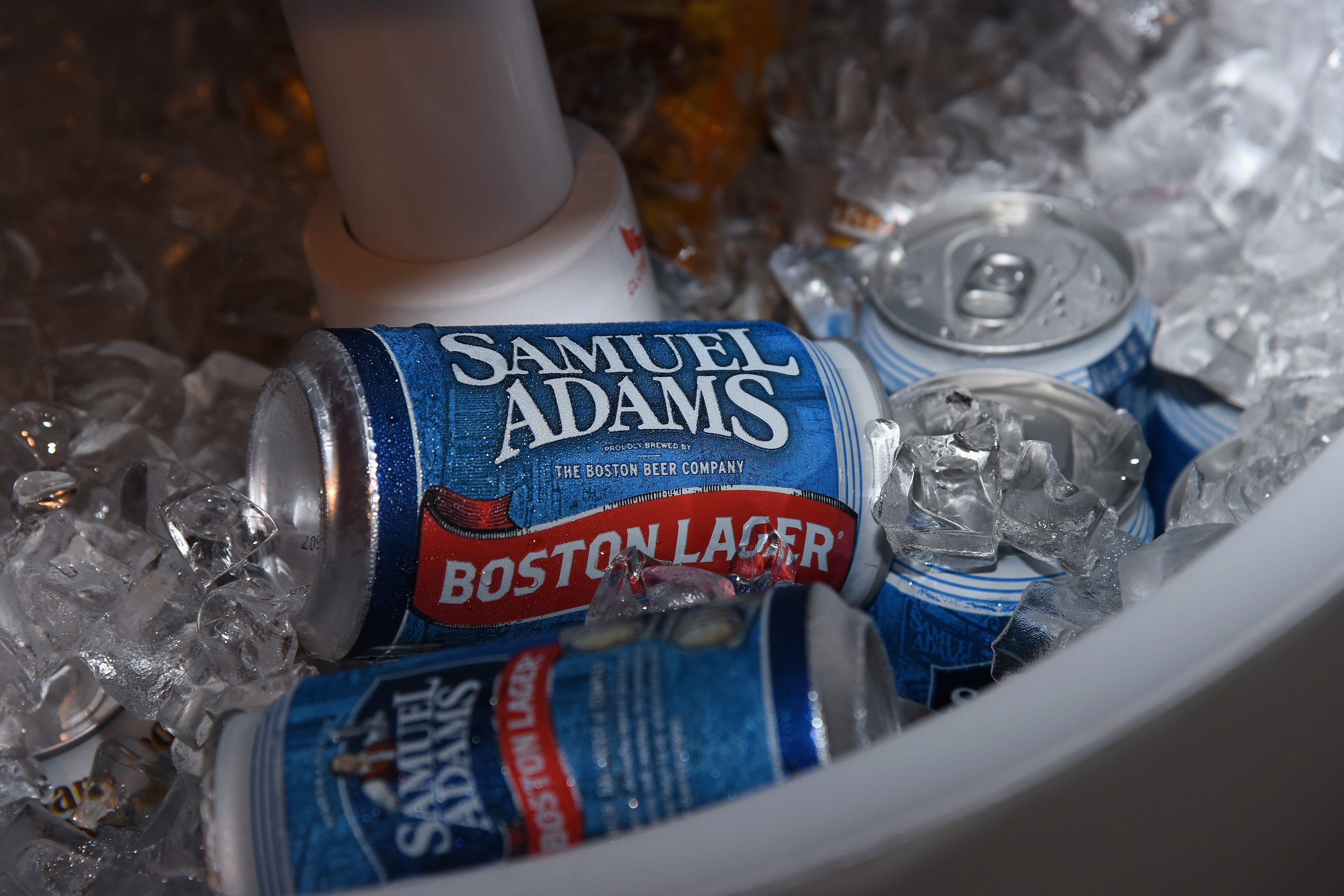 “I’m sort of speaking on behalf of what is now 7,000 small brewers in the United States,” Koch continued, then telling the president what angered him: “When I started Sam Adams, American beer was a joke, and it pissed me off. And now, American brewers make the best beer in the world. And the tax reform was a very big deal for all of us, because 85 percent of the beer made in the United States is owned by foreign companies.”

Koch then complimented Trump’s tax cuts for making American brewing competitive again, “I’m the largest American-owned brewery at 2-percent market share. We were paying 38-percent taxes and competing against people who were paying 20.  And now we have a level playing field, and we’re going to kick their ass.” There was more applause in the room.