Taylor, Michigan was experiencing a pounding summer storm.  Gail-force winds and rain hammered homes and businesses throughout the city. A local gun range and community landmark, Top Gun Shooting Sports, was hit particularly hard. The patriotic shop saw structural damage from the storm and also lost one of their most notable features: a flagpole out front.

Security footage shows the flagpole getting bent and eventually ripped down by the winds and rain tearing down the street. Luckily, Top Gun was playing host to “Patriot Week” during the storm. Top Gun owner Michael Barbour tells The Daily Caller, “We were having our Patriot Week and the Army was here doing a recruiting table along with multiple other special events. Just coincidental that they were standing by the door when the storm hit.”

Security camera footage shows the solders running out into the storm mere seconds after the American flag hit the ground. The soldiers, Staff Sgt. Jared Ferguson of the 1st Infantry Division (the “Big Red One”) and Staff Sgt. Eric Buckhorn of the 101st Airborne Div., pick up the flag off the wet concrete immediately and bring it inside. Further footage shows the soldiers indoors, folding the fallen flag properly.

Barbour says that in spite of structural damage to the building, no one was hurt in the storm — and shared a picture of a proud new flagpole now flying outside Top Gun today. 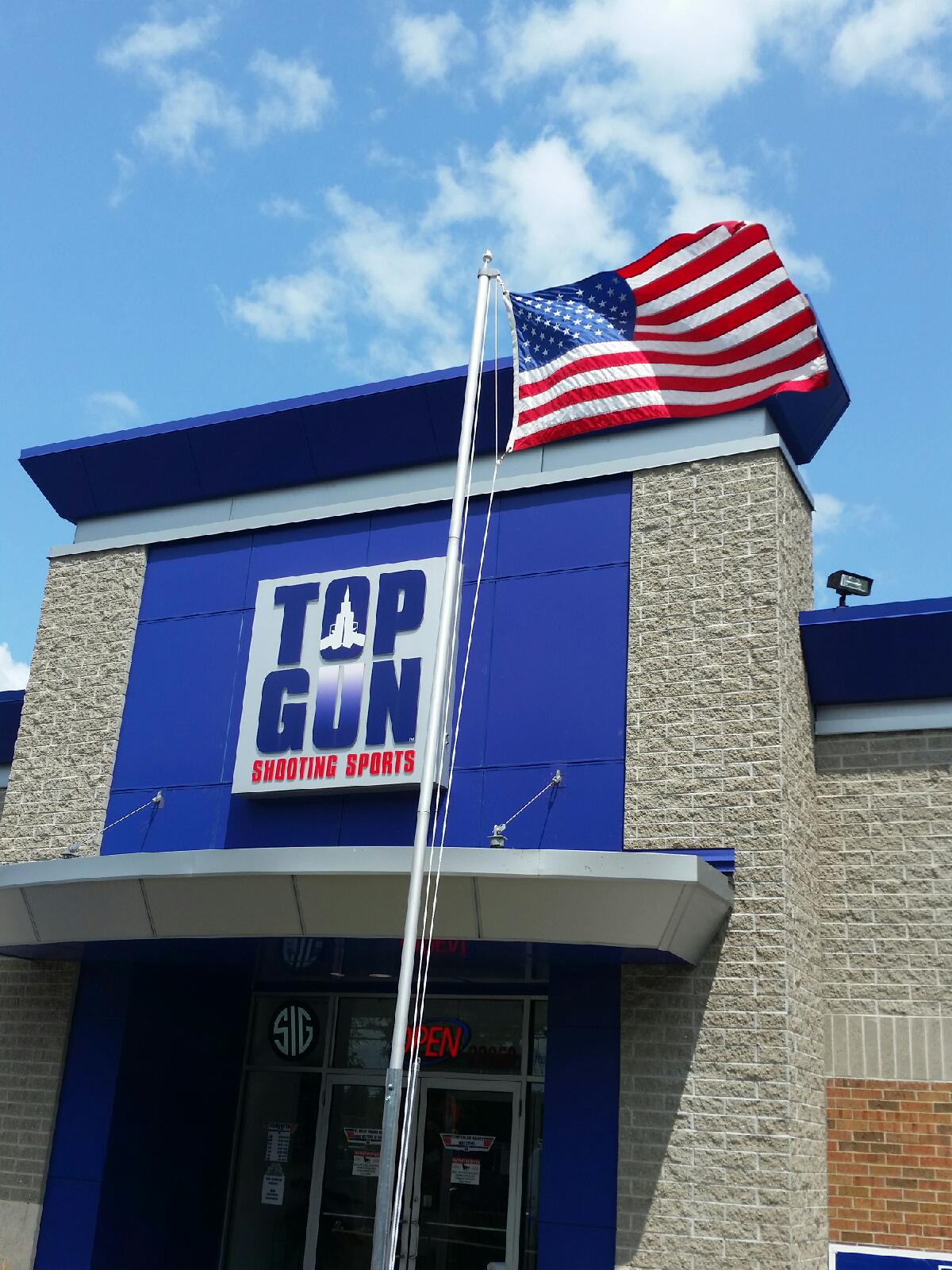 Just a little bit of patriotism in an unpatriotic world.