The Senate Judicial hearing for Brett Kavanaugh is coming to an end. The hearing had it’s dramatic moments, shouting matches and arrests of protesters. However, one of the unsung heroes of the hearing is Kavanaugh’s pocket Constitution. The well-worn, tattered copy was wielded by Kavanaugh multiple times during the hearing.

When Republican Utah Sen. Orrin Hatch asked what loyalty Kavanaugh might feel to President Donald Trump, Kavanaugh revealed his copy of the Constitution and said, “Senator, if confirmed to the Supreme Court, and as a sitting judge, I owe my loyalty to the Constitution. That’s what I owe loyalty to. The Constitution establishes me as an independent judge bound to follow the law as written.”

During another moment, Kavanaugh read from his copy of the Constitution on judicial restraint.

Cornyn was in the midst of a series of questions over Kavanaugh’s judicial decision-making process. “As judges, you don’t just issue policies or issue opinions out of the blue,” Kavanaugh said, reading from his Constitution, “You decide, as Article 3 says: ‘Cases and Controversies.’ That means there’s a process.”

The booklet was hardly a prop for the hearing.

Close-up photos of the little booklet reveal that the founding document had been worn threadbare by Kavanaugh. Its pages were earmarked, ripped, marked up and starred by the judge. 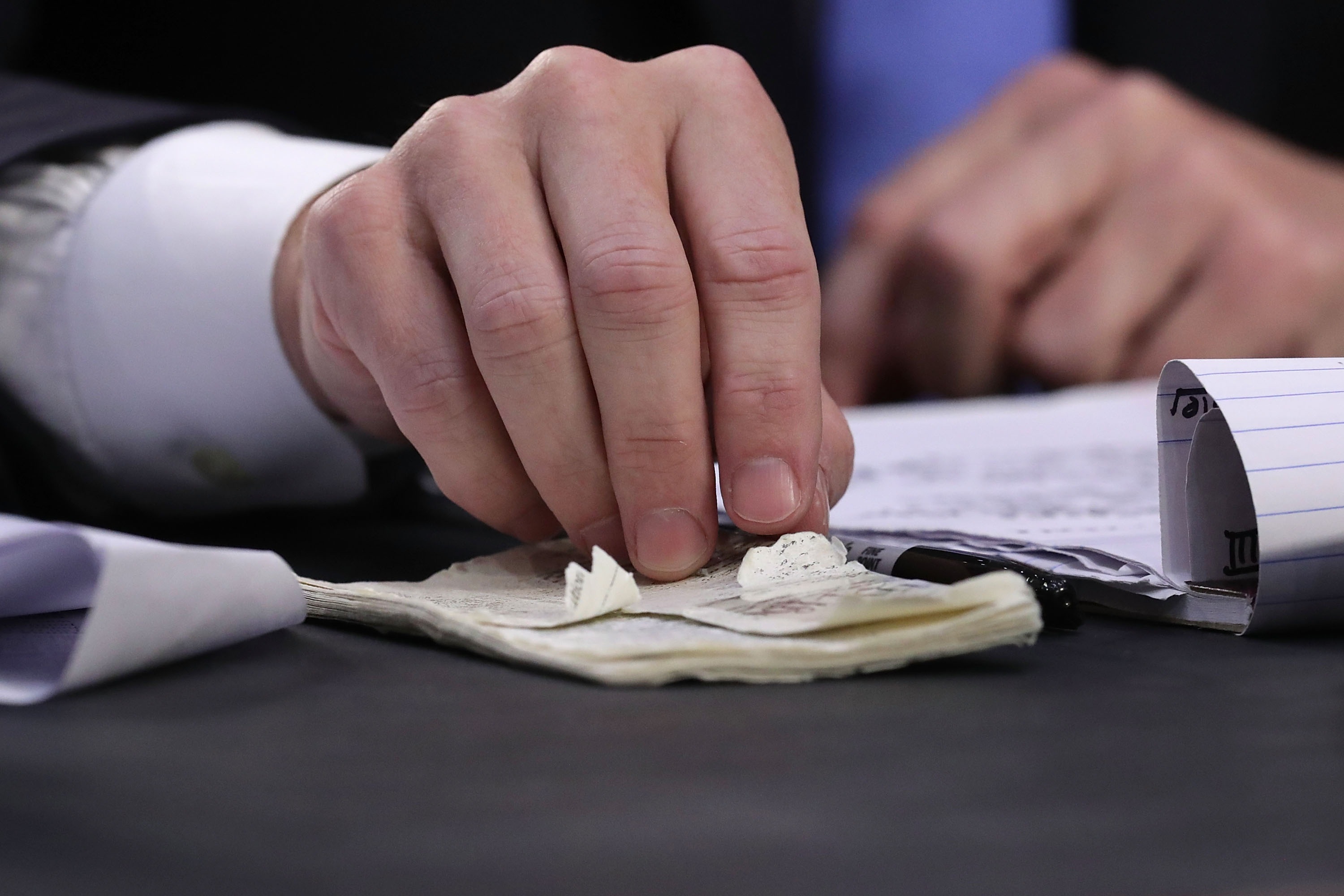 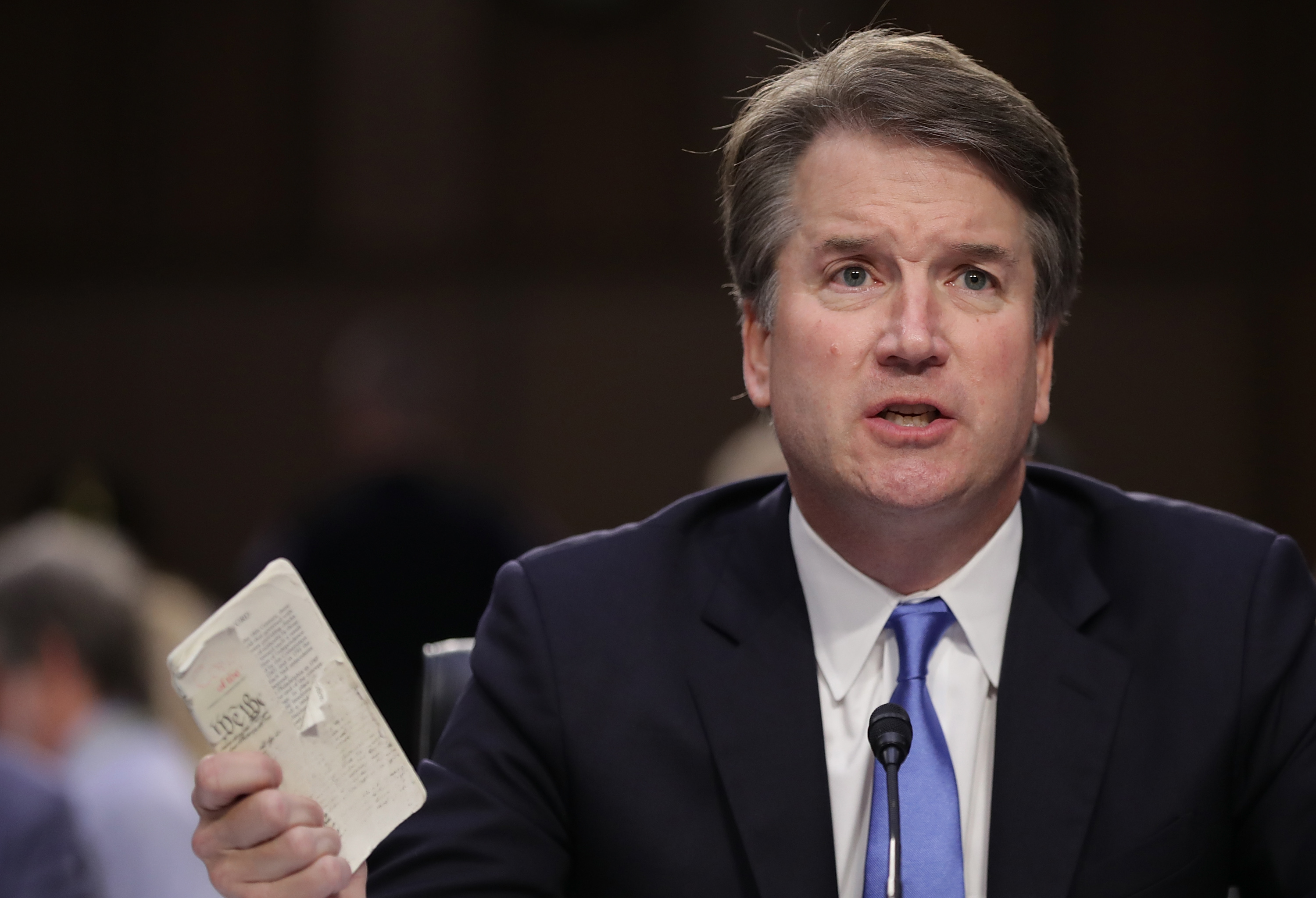 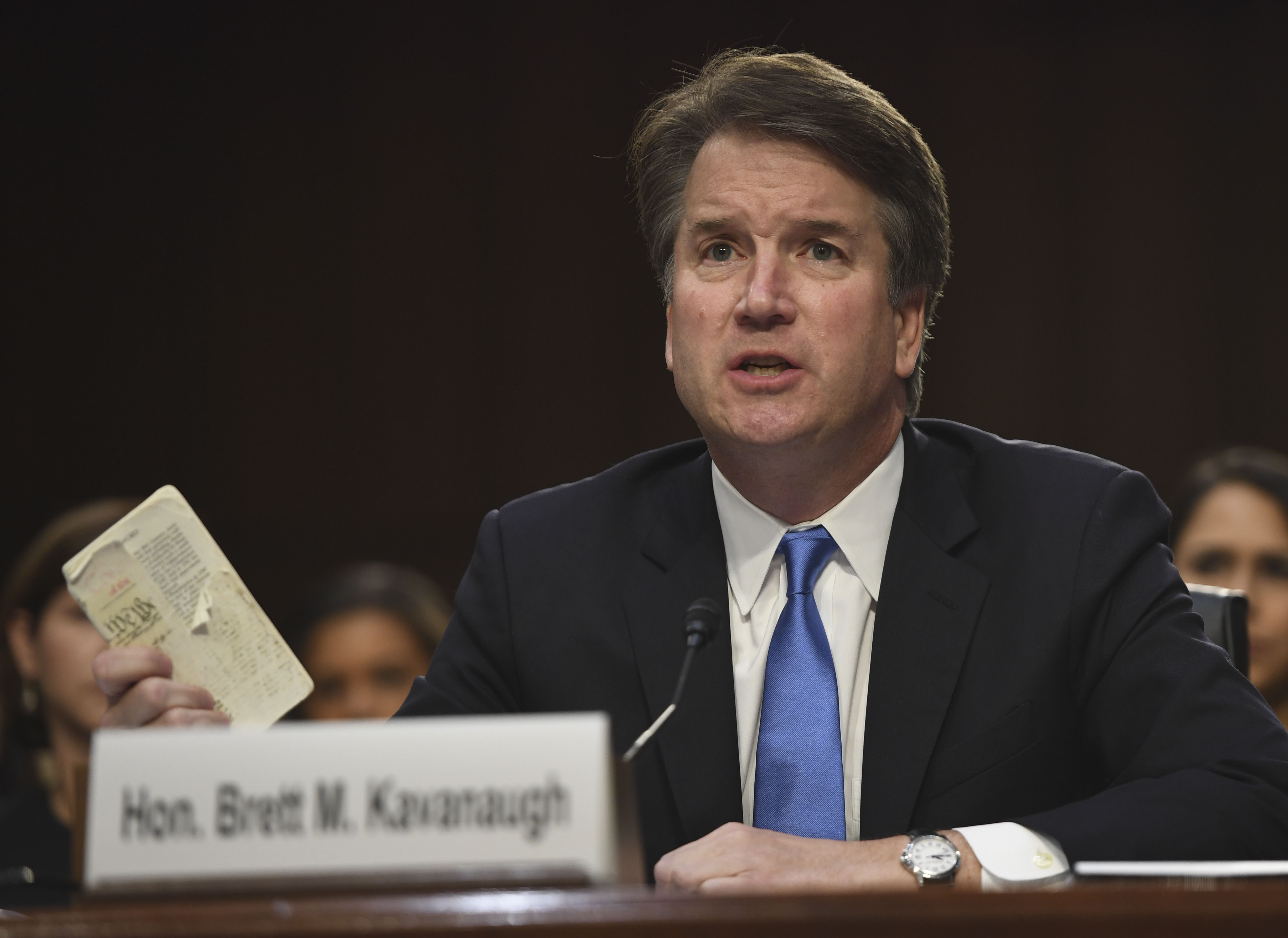 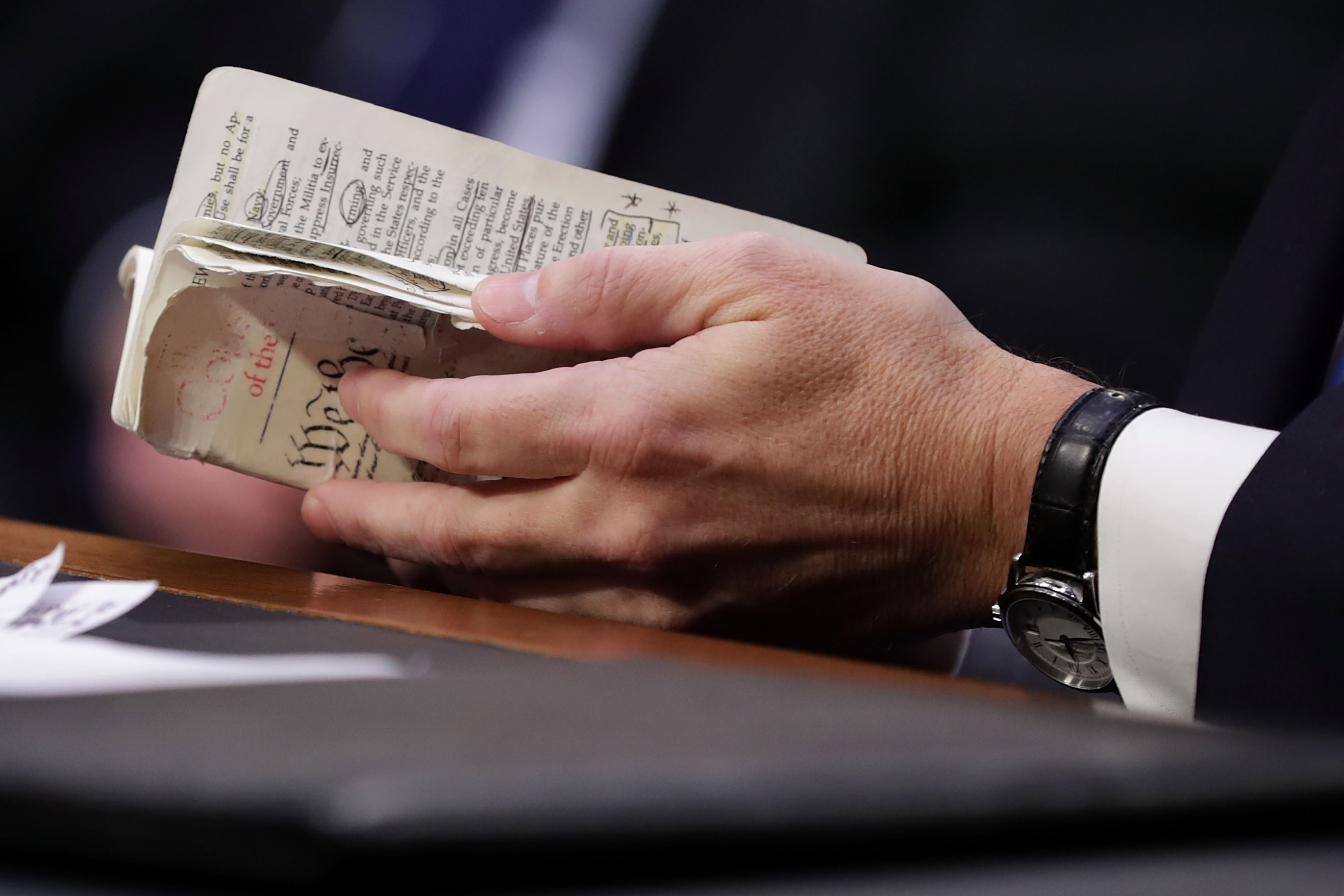 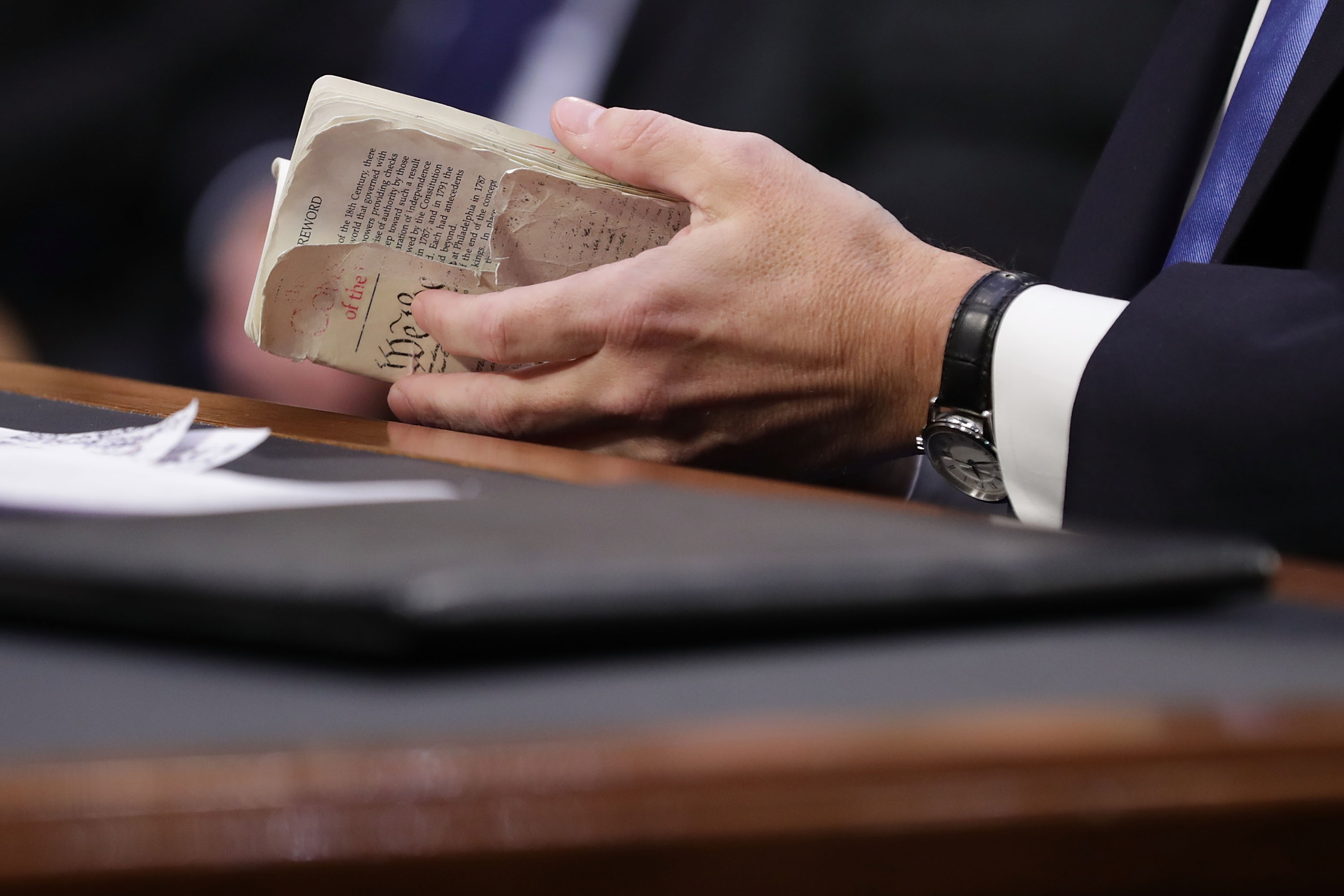 During the hearing, Kavanaugh could regularly be seen holding and consulting his Constitution. The judge often read from the well-worn copy when asked questions about how he would rule on cases.