A man who responded to President Donald Trump’s Thursday night speech in Billings, Montana, with odd facial expressions was removed from his position behind Trump after displaying a sticker or pin on his shirt.

The man in a plaid shirt was situated directly over the president’s left shoulder in the TV frame, talked often during the speech with a woman next to him, who was also in the frame.

About 35 minutes into the speech, the man started looking down and fiddling with his shirt.

Later, Trump eventually moved enough to reveal the man had placed a pin or sticker on his shirt.

About 51 minutes into the speech, a woman can be seen entering the frame from the right hand side. She approaches the man who put on the sticker and appears to speak with him for a brief moment. Then, without incident, she stands in his place while he exits, and remains there for the remainder of the rally. 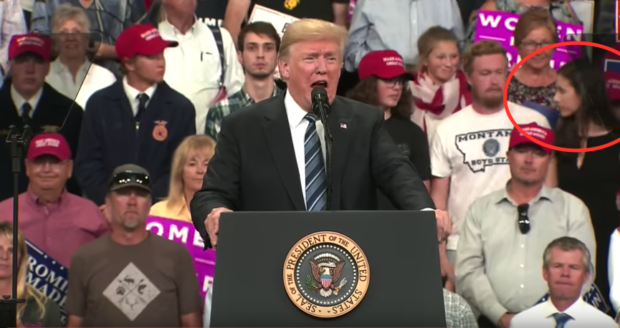 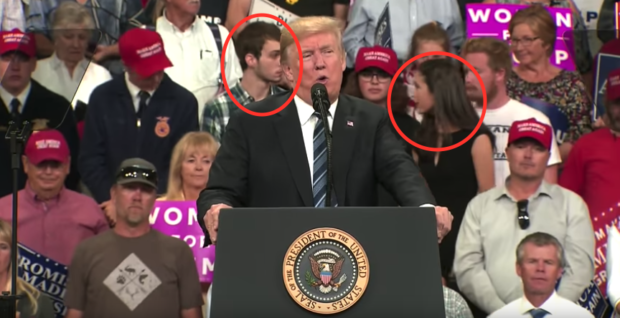 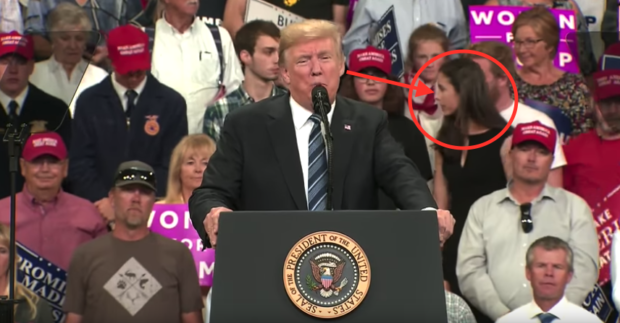 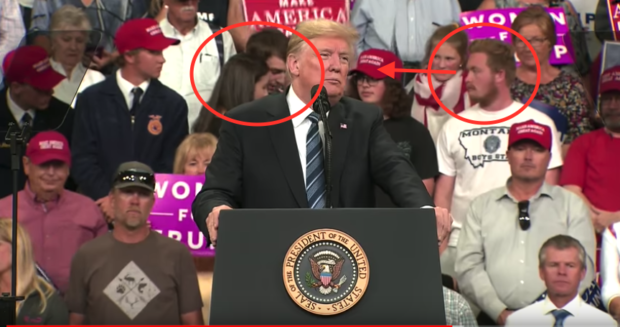 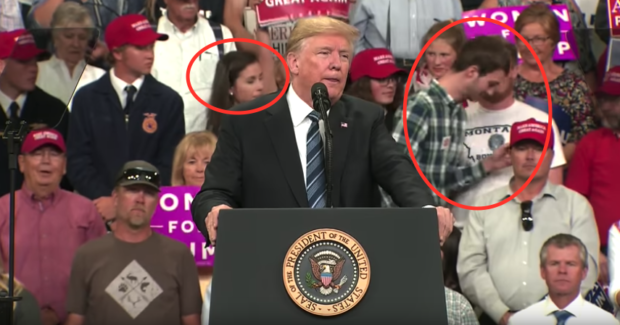 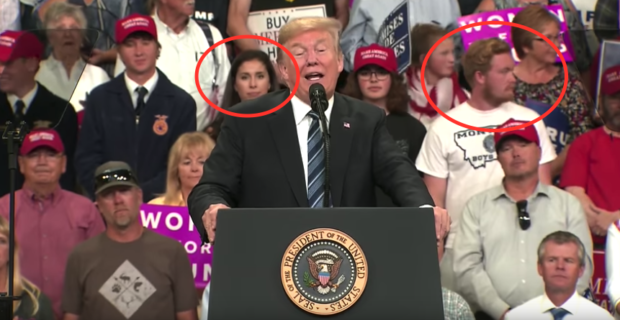 Finally, about 57 minutes into the speech another woman enters the frame from the right hand side. After what appears to be another quick conversation, the woman in a MAGA hat and another man next to her exit to the left. 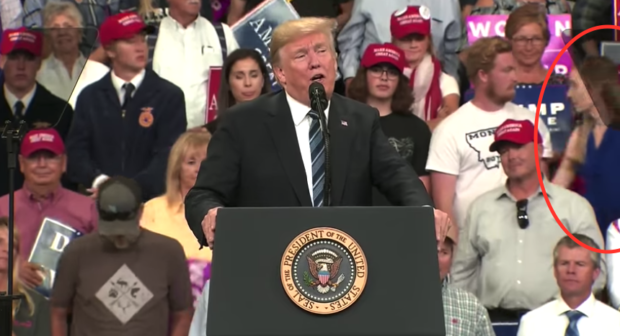 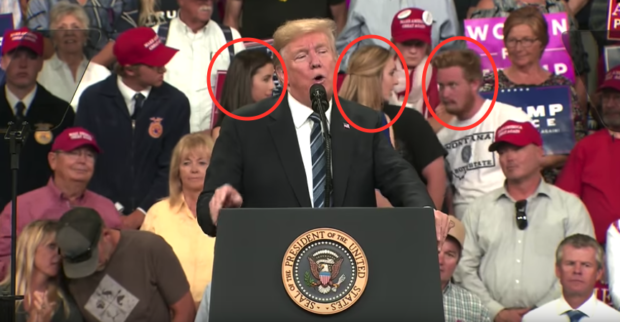 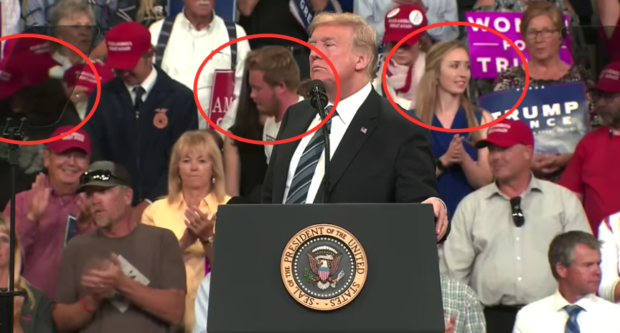 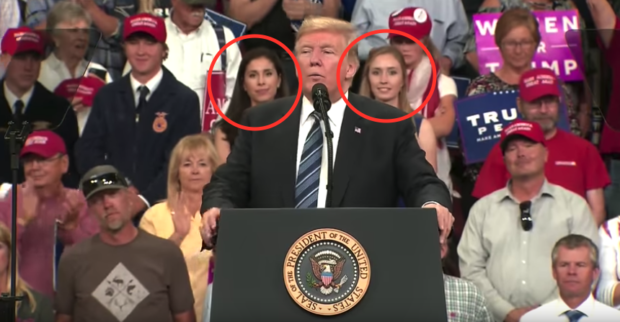 The Daily Caller has attempted to contact the Trump campaign for details on the removals, but has not received a response in time for print.