Most of the ads include a statement about Kavanaugh’s “opposition to Roe v. Wade, “loyalty” to the “president who appointed him,” or a complaint, such as the documents that have not been released, and all of them in some manner encourage voters to sign a petition opposing the judge’s confirmation to the court.

Although Harris isn’t running for re-election this year, once voters click the petition they are linked to a fundraising page that suggests campaign contributions of $15 or more.

“Judge Kavanaugh was hand-picked by conservative special interest groups because of his opposition to Roe v. Wade, and we know his loyalty will be with the president who appointed him, not to the Constitution or the American people who deserve someone who will treat everyone equally under the law,” reads one of the ads. “This is why we must work together to do everything we can to oppose his lifetime appointment to the Supreme Court. Sign our petition if you’re with me in this fight.” 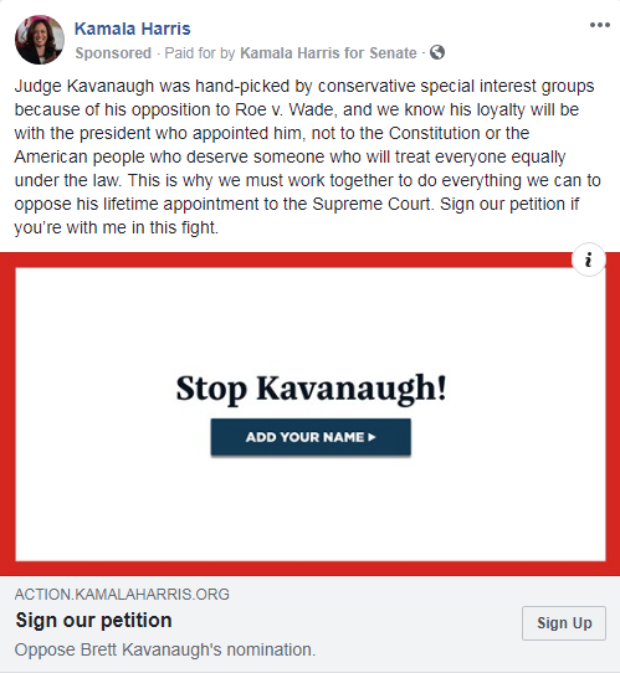 According to the Wall Street Journal, “no other senator appears to be doing as much Kavanaugh-related advertising on Facebook.” As of Wednesday, dozens of ads from Harris’ account were active.