Republican Sen. Lindsey Graham of South Carolina did not take kindly to a protester who continued to yell about Supreme Court justice nominee Brett Kavanaugh while he was doing an interview at the Capitol.

Graham had just reviewed the supplemental FBI report on the investigation into abuse allegations against Kavanaugh, and was briefing reporters on the contents.

“150 plus people have been interviewed over a 20-something year period,” Graham stated, “The Brett Kavanaugh that I knew before the committee is the Brett Kavanaugh I know now, the only difference is an effort to ruin this man’s life. I am ready to vote.”

Graham turned to walk down the hallway but spun around to give one last comment.

A protester appeared behind him and began yelling that Kavanaugh should take a polygraph.

“We’ve humiliated this guy enough, and there seems to be no bottom for some of you,” Graham said, turning directly to the protester.

The protester cried, “If he took a polygraph –” before Graham interrupted her saying “Why don’t we dunk him in the water and see if he floats?” 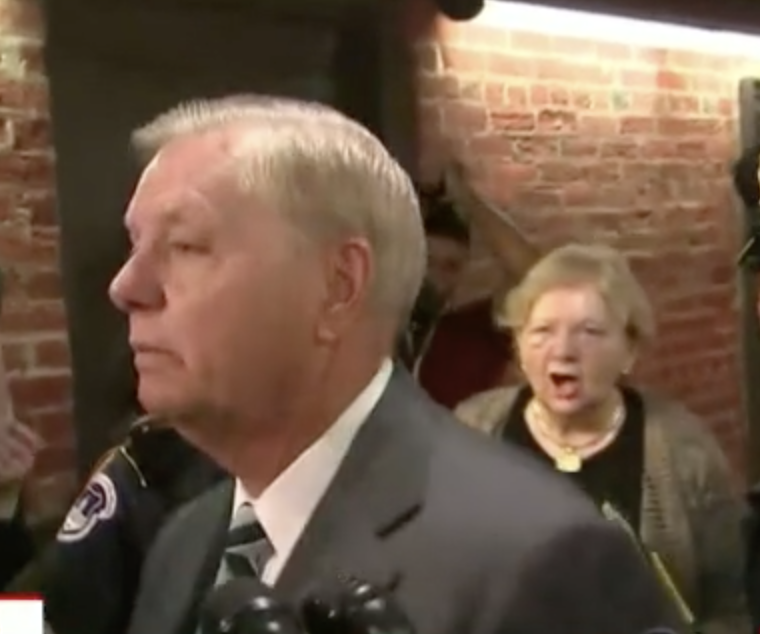 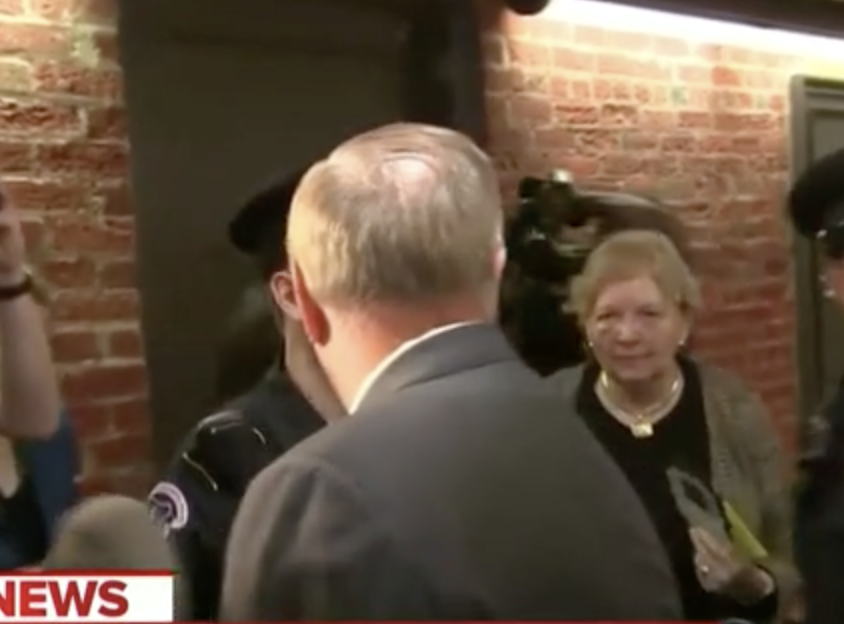 WATCH FROM ANOTHER ANGLE: